Under New Covid Restrictions Passed into Law, a Priest can Now be Fined, or Imprisoned for Saying Mass in Public in Ireland 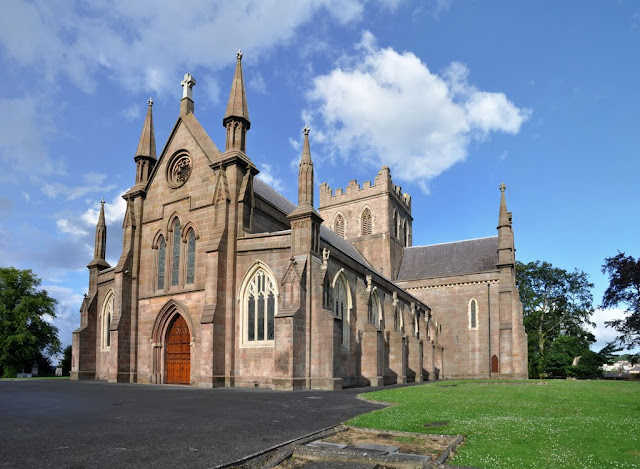 UNDER new Covid restrictions passed into law last night in the Dail, a priest can now be fined, or imprisoned, or both, for saying Mass in public. The same applies to any minister of religion who holds a public act of worship.

This is drastic, draconian and unacceptable and must raise questions about the Constitutionality of the measure, quite apart from its total disproportionality.

Aside from Wales, the Republic of Ireland appears to be the only place in Europe where public worship has stopped, and in our case, now attracts penal sanctions.

Prior to this pandemic, when did such a law exist in Ireland? You have to go back to penal times.

Deputy Michael McNamara pointed out the implication of the new law to Health Minister, Stephen Donnelly, in the Dail last night. Minister Donnelly said Deputy McNamara was wrong, but a reading of the relevant law shows he is correct.

Deputy McNamara said: “Priests will be committing a criminal offence if they open the doors of their churches for Mass. I know that lots of priests do not want to say Mass and do not believe it is appropriate. That is their prerogative. I am not a Mass-goer, but I know how important it is in the community I represent for people to go to Mass or to a church or mosque. The Government is denying them that. Is the Government is going to send gardaí after priests who decide to say Mass? If the Government is thinking of that, I have one word to say, ‘Don’t’.”

Minister Donnelly said he would “challenge NPHET to provide the evidence again [for the ban on public worship] because I agree that this is a major imposition”, but he added: “I assure the Deputy and other colleagues that with regard to penalties, religious services are non-penal in that there is no penalty attached to them.”

Quite apart from the extraordinary admission in this statement that the Minister does not have evidence from NPHET to say that public worship constitutes a serious public health risk, he is just wrong on his own law.

Last night new regulations (SI 448 of 2020) became law. Article 8 of these Regulations prohibits various “events”, broadly defined. The term includes religious services (with an exception for funerals). Contravention of the prohibition is an offence and the relevant part of the Regulations is a “penal provision”, allowing for the imposition of criminal penalties on the “organiser” of an event, such as a priest celebrating a Mass attended by any members of the public. The penalties include a fine, imprisonment, or both.

It seems clear, therefore, that Minister Donnelly is incorrect in his interpretation of the new law, a minister of religion can potentially go to prison for holding a public act of worship.

It might be pleaded that similar penalties apply to many other citizens and sectors, but we can only repeat how extraordinarily draconian these measures in respect of religion are, when compared with other countries.

The Constitution guarantees: “Freedom of conscience and the free profession and practice of religion are, subject to public order and morality, guaranteed to every citizen.” It also acknowledges the importance of public worship.

Is the new law justified by “public order and morality”? Not if, as appears to be the case, Minister Donnelly does not have any evidence to say that public worship poses a serious health risk.  Recently when pressed about this, Dr Ronan Glynn, the Deputy Chief Medical Officer, could not point to any such evidence.

One way or the other, a court would have to decide if the measure is proportionate. In light of what is happening elsewhere in Europe, and the freedom guaranteed under our Constitution to religious believers, despite the pandemic, the answer is surely “no”.

The question now is what, if anything, the leaders of the various religions in the Republic of Ireland will do in response?