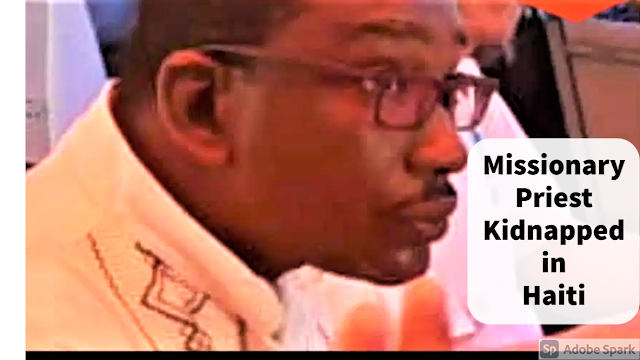 AMERICA/HAITI - Appeal for the release of a kidnapped Scheut missionary

Port au Prince (Agenzia Fides) - According to local press reports, Father Sylvain Ronald of the Scheut Missionaries (CICM) was kidnapped by armed men on November 10th in Delmas, Haiti. The Haitian Religious Conference implores the kidnappers to release the priest safe and sound and turns to the faithful with a request to pray for the kidnapped religious. "Please free Father Sylvain!" is the appeal of the religious, published on Thursday 12 November.

The kidnappers demanded a ransom of 5 million gourdes, for the release of the Catholic priest and subsequently reduced the ransom demand to 500,000 gourdes.

According to information received by the editorial staff of Vant Bèf Info (VBI), the priest was allegedly kidnapped in the area of the "Great Ravin". Father Sykvain resides at the Central House of the Congregation of the Immaculate Heart of Mary (CICM), known as missionaries of Scheut.

The Conference of Haitian religious asks everyone to make a chain of prayers so that Father Sylvain may regain his freedom safely. (CE) (Full Text Release from Agenzia Fides, 13/11/2020)