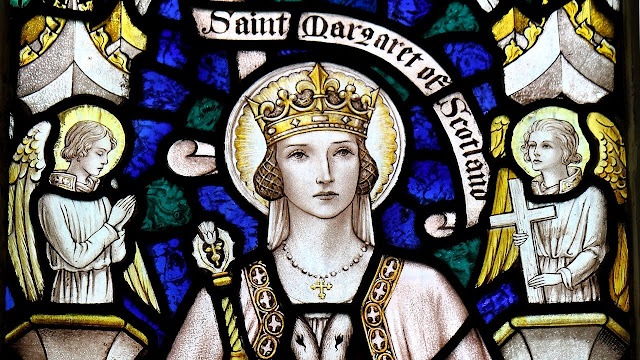 Ralph Vaughan Williams OM was born on the 12th of October 1872 and died on the 26th August 1958 and he was an English composer. Williams composed this magnificent Hymn for St. Margaret of Scotland. This version is sung by the Chapel Choir of the Royal Hospital Chelsea. It is from the album Earth & Sky: Vaughan Williams Choral Premières which was released on: 2018-09-14 with the conductor William Vann. Saint Margaret of Scotland, was also known as Margaret of Wessex. She was an English princess and a Scottish queen. Margaret was called "The Pearl of Scotland". She was born in exile in the Kingdom of Hungary, she was the sister of Edgar Ætheling, the uncrowned Anglo-Saxon King of England. She was born in 1045, Mecseknádasd, Hungary and died on November 16, 1093, in Edinburgh Castle, Edinburgh, United Kingdom. Her husband was Malcolm III of Scotland (m. 1070–1093) and they had eight children together.