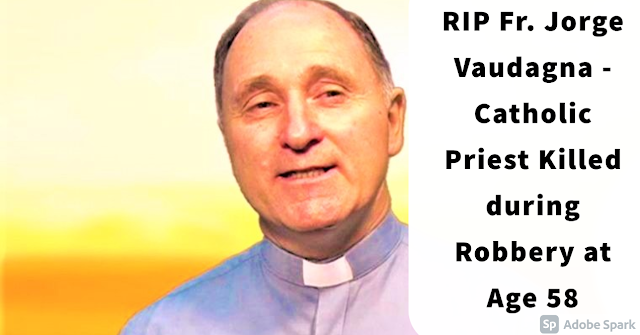 A parish priest in Vicuña Mackenna, Argentina was killed, during a robbery on  Wednesday, 28 October 2020.  "Dear brothers: I wish to communicate that, following a robbery, Father Coqui Vaudagna was killed. Let us pray for his eternal rest, so that God may console his family": thus Msgr. Adolfo Uriona, FDP, Bishop of Villa de la Concepcion del Rio Cuarto, informed via twitter of the priest's tragic death. Father Jorge Vaudagna, was also known as “Father Coqui”, parish priest of Vicuña Mackenna, a town in the department of Río Cuarto, province of Córdoba, Argentina, 58, was found dead yesterday evening, Tuesday 27 October. According to local news, he was shot and killed in a probable theft attempt in his parish in the city centre. A suspect has been arrested along with another suspect who is a minor.  Through social media, Fides received the video testimony of Father Jorge Luis Basso, a friend of “Father Coqui” and former parish priest of Vicuña Mackenna, which underlines Father Jorge Vaudagna's availability and qualities as a man of God. (CE) (Edited from Agenzia Fides, and Religion Digital.org)