#BreakingNews Over 300 Students Missing at School in Nigeria after Attack and Kidnapping - Please Pray! 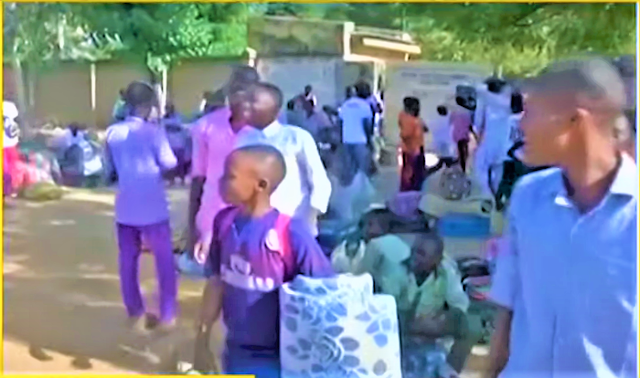 Abuja (Agenzia Fides) - Contradictory messages arrive on the number of students of the government secondary school of Kankara, in the state of Katsina, attacked on the night between 11 and 12 December, still in the hands of the kidnappers. The governor of Katsina, Aminu Bello Masari said the School hosts 839 students and 333 are missing. Several kidnapped young people managed to escape from the hands of the kidnappers. For this reason, the governor says that the authorities are contacting the families of the students to ask if their children have returned home.

"We as a government have yet to be contacted by any group or person responsible for the kidnapping of the students", added the governor, who begged the population to be patient and to show moderation and understanding, assuring them that the government is doing whatever it takes to ensure the release of those abducted.

He said the security agencies have taken action and are on the trail of the bandits.

According to a Nigerian newspaper, however, the number of students kidnapped is much higher than that reported by the authorities. The Daily Trust says the school had 1,074 students at the time of the attack. According to the newspaper, the pupils whose fate is not yet known would therefore number 668. The Daily Trust says 270 students were rescued from school on the night of the attack and, with the number returning from the bush the following night or of those who would have returned home to their parents, the students who are safe are now 406 as of yesterday, Sunday 13 December.

These figures are disputed by Garba Shehu, a spokesman for President Buhari, according to whom only 10 students are still in the hands of the bandits. Parents have held demonstrations to ask authorities to step up efforts to ensure that their children are released as soon as possible.

According to witnesses, a large group of armed bandits with Kalashnikov attacked the dormitories of the school. The attack, the latest in a series targeting educational institutions, is believed to have been carried out by one of several gangs of bandits active in northwest Nigeria.

The most serious school attack occurred in April 2014, when members of the jihadist group Boko Haram kidnapped 276 girls from their school dormitories in Chibok, in the northeastern state of Borno. About 100 girls are still missing. (L.M.) (Agenzia Fides, 14/12/2020)