Diocese in Trier, Germany Unites in Prayer as 5 People Killed when Driver Rams Car into Pedestrians including Father and Baby 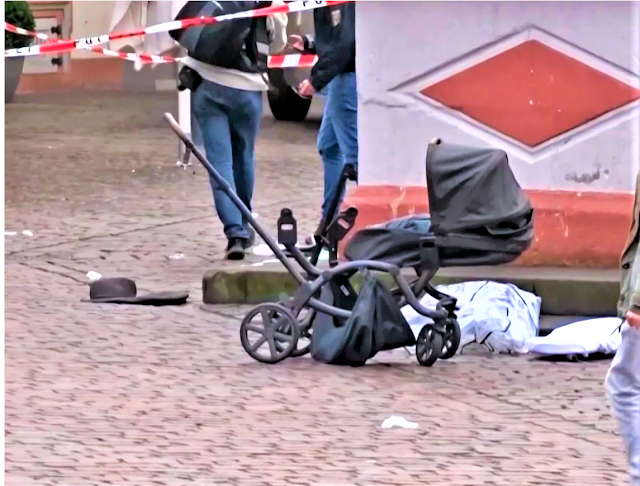 On Tuesday afternoon (December 1, 2020) 5 people were killed and many injured in a rampage in downtown Trier, Germany. Bishop Stephan Ackermann: "I am deeply shocked by the rampage that almost happened on our doorstep. We still know little about the circumstances or the background, but the incident shakes people far beyond the city of Trier. The cathedral is already there open to prayer; our emergency chaplains are on duty. " People who need to talk can contact the telephone counseling service on 0800-1110111. (It has been released by various media that the driver a 51-year-old local man, was drunk and has been arrested. The suspect drove for 1km killing: three women, aged 25, 52 and 73 and a 45-year-old father with his baby. The wife and one-year-old son were injured and admitted to hospital.)
People can come to prayer in the cathedral without registering, the contact details are recorded on site. The cathedral is open for prayer and remembrance. A memorial site has been set up in front of the side altar. It is also possible to set up or put down candles or flowers there to commemorate. A condolence book was also laid out.
The city is united in prayer. On their website they wrote:
We mourn the victims of the rampage in downtown Trier on December 1st, 2020 02.12.2020. A minute of silence - bells will ring on Thursday, December 3rd, the bells of Trier Cathedral and the inner city churches will ring at 1:46 p.m. - exactly two days after the rampage - to commemorate the victims and those affected and as an invitation to silent prayer. The Mayor of Trier Wolfram Leibe had called for a minute of silence. The parishes of the diocese are invited to join the minute of silence and the ringing of bells.  Stunned and sad at the brutal act of violence, more than 100 people pray in the cathedral for the victims of the rampage After a car driver went amok with five dead and several injured in downtown Trier, on the evening of December 1st, more than 100 people prayed in Trier Cathedral for the victims of the crime and their relatives, for the almost 700 emergency services and rescue workers and all those affected . Bishop Stephan Ackermann and Jörg Weber, Superintendent of the Evangelical Church District Trier, had invited to the ecumenical prayer.
Edited from : https://www.bistum-trier.de/home/triertrauert/ - Update on victims from BBC