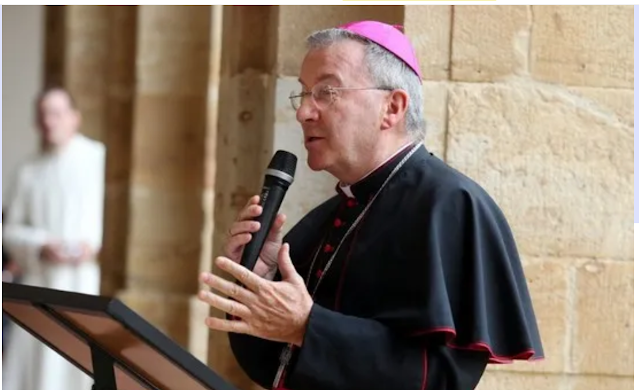 Vatican News reports that Archbishop Ventura was sentenced to eight months’ probation
The former Apostolic Nuncio to France, who has been accused of sexual harassment by several men, has always proclaimed his innocence.
Archbishop Ventura had waived his diplomatic immunity in order to cooperate with the French justice system.
By Vatican News staff reporter
Archbishop Luigi Ventura, 76 years old, who had served as Apostolic Nuncio to France from 2009 to 2019, was sentenced to an eight-month suspended prison sentence for sexual harassment of several men. The prelate will also have to pay €13,000 to the victims, as well as €9,000 in legal fees.
The former Nuncio has consistently denied the accusations. The Holy See waived jurisdictional immunity, which Abp Ventura could have claimed under the terms of the Vienna Convention of 18 April 1961 on diplomatic relations. The decision to waive immunity was intended to express the Nuncio’s willingness to cooperate fully and spontaneously with the French judicial authorities.
Full Text from Vatican News.va