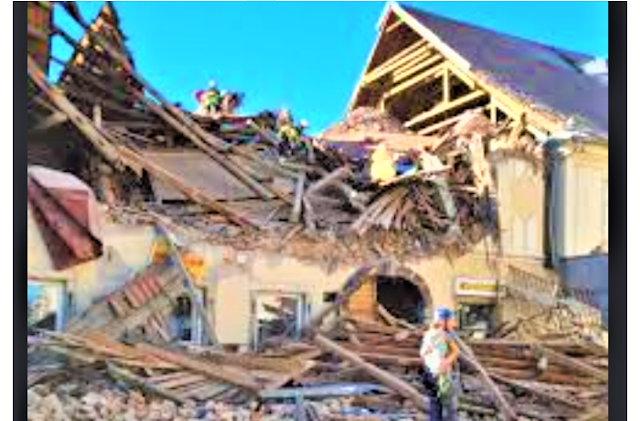 On Tuesday, December 29, 2020 a magnitude 6.4 earthquake struck central Croatia. Rescue teams spent the night searching for survivors. Central European countries that were affected include: Bosnia and Herzegovina, Czechia, Croatia, Germany, Hungary, Italy, Montenegro, Romania, Slovakia, Slovenia, Serbia, and Austria. Some people are still missing and others are injured. Aftershocks are preventing some Croatians from staying in their homes. In total reports say that there is 6 Billion Dollars of damage due to the quake. Source: BBC - National Post
A 12-year-old girl was killed in Petrinja. Also, five people died in the nearby town of Glina, as reported by authorities. Another victim was found in the rubble of a church in Zazina.
Details of the quake show that a magnitude 6.4 earthquake struck near Petrinja, Croatia, about 30 miles southeast of the capital of Zagreb, on December 29, 2020 at about 6:20 am Eastern Time (12:20 pm local time). Seismic instruments indicate the earthquake originated at a depth of about 6 miles (10 kilometers). This is the largest earthquake to occur in Croatia since the advent of modern seismic instruments. An earthquake of similar size occurred in 1880 near Zagreb and three magnitude 6 and larger earthquakes have occurred within 125 miles (200 kilometers) of the December 29, 2020 earthquake since 1900. A magnitude 5.6 earthquake on November 27, 1990, about 110 miles (175 kilometers) to the southeast, injured 10 people. Source: https://www.usgs.gov/news/magnitude-64-earthquake-croatia

Anonymous said…
Praying for all who had damage or lost a loved one with this earthquake. Just a terrible thing....
December 30, 2020 at 6:22 PM