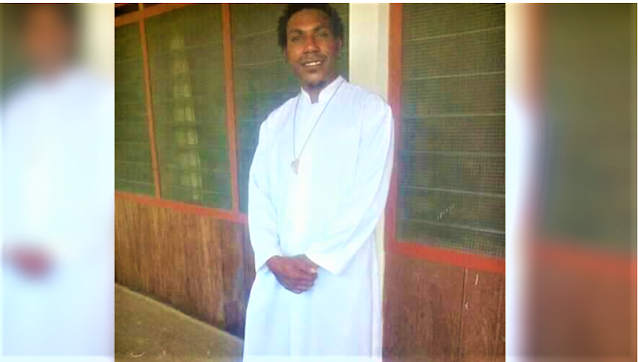 ASIA/INDONESIA - Catholic seminarian killed in the Indonesian province of Papua

Jayapura (Agenzia Fides) - Christmas 2020 was saddened by a serious episode for Catholics in Papua. On the evening of 24 December, the lifeless body of Zhage Sil, a Catholic seminarian, was found in a ditch in Jayapura, a in the Indonesian province of Papua.

According to the local police, the perpetrators of the crime are still unknown.

The news of Sil's death shocked Catholics in Papua and throughout Indonesia, who hope that light will be shed on the tragic episode. Beka Ulung Hapsara, National Commissioner for Human Rights in Indonesia asked that "the police quickly investigate and find the perpetrators of the murder. There is an urgent need to apply the law in a fair and transparent manner".

The community of Sorong-Manokwari, the diocese to which Sil belonged, received numerous messages of condolence from religious and lay leaders who strongly condemn the atrocious act. "I am shocked by his sudden and tragic death. He would have become a deacon next year and a diocesan priest immediately after", said Fr. Johan, parish priest in the diocese of Jayapura, Papua. Fr. Johan, who knew Sil personally, added: "He was a courageous person who cared about people's needs and was not afraid to raise his voice, especially when it came to justice. We hope to receive clear news about his death soon".

Sil was among the young people often engaged in demanding justice for the province of Papua, stigmatizing "racism against the Papuan people".

The news of the murder went viral on social media and once again drew attention to the plight of Indonesian Papua where, last October, lay Catholic Rufinus Tigau, a catechist in the district was also killed for no reason by the national security forces (see Fides, 11/11/2020).

At the beginning of December, a strong appeal for dialogue and reconciliation in order to resolve the conflict in the Indonesian region of Papua was launched by 147 Indonesian Catholic priests, working in Papua (see Fides, 12/12/2020).

The appeal in question stigmatized the repeated episodes of violence and the continuous violations of human rights perpetrated by Indonesian security forces, which killed and injured civilians and also pastoral workers of Catholic and Protestant churches in this area of the country, with a strong Christian presence.

The diocese of Manokwari-Sorong is located in the province of West Papua. It covers an area of 111 thousand square kilometers, with a total population of 761 thousand inhabitants, including about 79 thousand Catholics. (ES-PA) (Agenzia Fides, 28/12/2020)