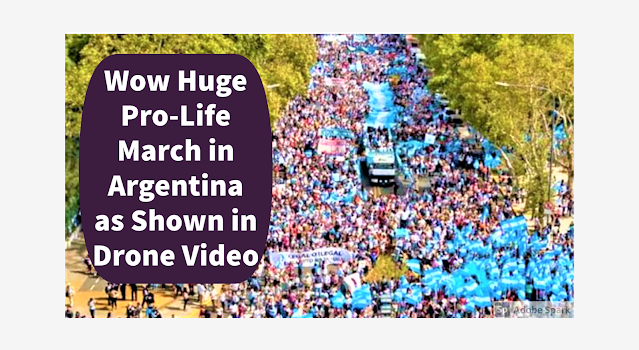 Argentina: Tens of thousands of prolifers demonstrated against the laws allowing abortion which are planned.
Thousands of protesters wore light blue and carried signs that read “Save Both Lives” and “March for the Unborn” as they gathered outside the National Congress building in Buenos Aires.

President Fernández presented plans to parliament that would allow an abortion until the 14th week of pregnancy.

Tens of thousands of Argentine pro-life people demonstrated across the country, on Saturday, November 28th, against a planned weakening of the previously very prolife-oriented abortion legislation. So far, abortion has only been exempt from punishment for serious reasons (mortal danger to the mother, severe deformities in the unborn child, conception through rape). President Alberto Fernández presented plans to parliament that an abortion would remain unpunished until the 14th week of pregnancy. "

Prolife marchers were Catholics, but also Christians from other denominations and even people without a religious background.
Watch the Drone Video below to see the Massive crowds: