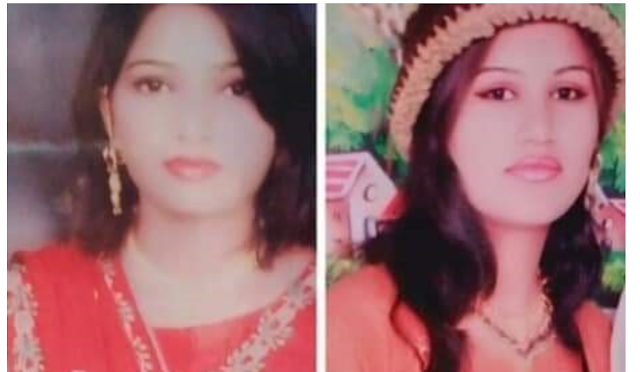 ASIA/PAKISTAN - Murder of two young Christians, killed for not wanting to give up their faith according to the pastor of their Protestant community

Lahore (Agenzia Fides) - "The merciless murder of Abida and Sajida is a tragedy that shows how the lives of religious minorities in Pakistan are held by a thread or is worthless. Rape, kidnappings, forced conversions and even murders of young Christian girls are worrying phenomena. The government must not deny this and has the duty to stop the violence against Christians". This is what Nasir Saeed, Director of the NGO CLAAS (Center for Legal Aid Assistance & Settlement) said in a note sent to Agenzia Fides, commenting on the case in recent days which has provoked outrage and the protest of the community of the faithful in Pakistan.

Two young Christian sisters, Abida, 26, and Sajida, 28, residing in the Christian neighborhood of Makhan, near Lahore, were murdered last December after stubbornly refusing to convert to Islam. Police arrested two Muslims, Mumtaz Khan and Muhammad Naeem, suspected of killing the women. As Fides learned, Mushtaq Masih, Sajida's husband, reported that the two sisters worked in a medicine factory and that they disappeared on November 26, 2020. The family filed a formal complaint following their disappearance, reporting to the police his fears of kidnapping, as the two sisters had indicated that they had been often sexually harassed and had received from two work colleagues, Muhammad Naeem and Mumtaz Khan, the request, always rejected, to convert to Islam.

The news of the murder was confirmed by the police in recent days. According to the officers, who found the bodies, both sisters were killed in the same manner: they were handcuffed and strangled. Investigators suspect that the two men arrested abducted and killed the two sisters and are carrying out the appropriate investigations.

According to Nasier Saeed, although the Prime Minister of the Province of Punjab, Usman Buzdar, has requested an investigative report from the Inspector General of Police, "there is little hope that the family will ever get justice, as this is very expensive in Pakistan, trials are long and poor families cannot afford the legal costs. Furthermore, when the perpetrator of a crime is Muslim and the victim is Christian, persuading judges is much more difficult, because religion plays its role in all walks of life in Pakistan".

Protestant Pastor Amir Salamat Masih, who followed the victims' family, reports to Fides that most of the population of the Makhan neighboorhood is made up of poor and illiterate Christians who "have no choice but to work as laborers in the surrounding factories, to produce clothes, shoes, medicines, various materials". Here often, explains Pastor Masih, "Christian women workers are abused, face hatred and are considered inferior to Muslims, while young Christian girls - especially attractive ones - are often harassed and are the object of attention of Muslim men. The case of Sajida e Abida is not isolated, but highlights a very common practice in the workplace. Such cases happen daily in different parts of the country, but are hardly reported". "These two sisters - he concludes - died only because they were Christians, because they did not want to give up their faith in Christ even at the cost of their lives".

Chiosa Nazir S. Bhatti, director of Pakistan Christian Post, a local newspaper that followed the case, said: "In theory and on paper, minorities in Pakistan enjoy equal rights enshrined in the Constitution. Pakistani Prime Minister Imran Khan has pledged to ensure minorities are safe and happy in Pakistan. When we see cases of false accusations of blasphemy, kidnappings, forced conversions and murder of Christian girls, it must be emphasized that, in practice, this is not true and that the condition of Christians in society is getting worse". (PA) (FULL TEXT Source: Agenzia Fides, 12/1/2021)