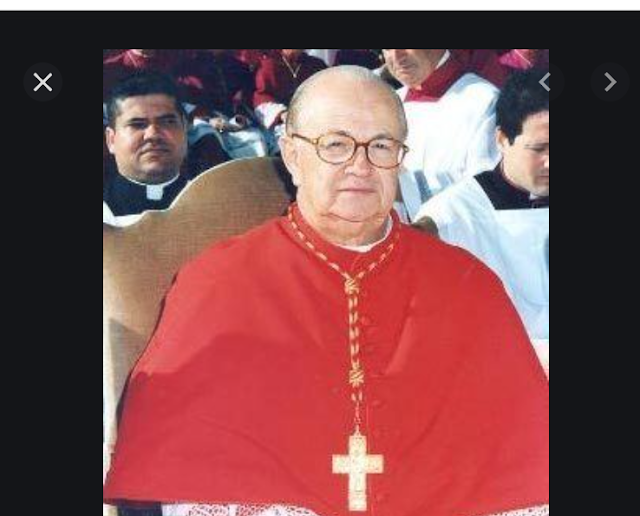 The following is the telegram of condolence from the Holy Father to His Eminence Cardinal Orani João Tempesta, O. Cist., archbishop of São Sebastião do Rio de Janeiro, Brazil, on the death yesterday of His Eminence Cardinal Eusébio Oscar Scheid, S.C.I., archbishop emeritus of the same metropolitan see, of the Title of Ss. Bonifacio e Alessio:
Dom Orani João Tempesta, O. Cist.
Archbishop of São Sebastião do Rio de Janeiro
It is with deep regret that I receive the news of the death of cardinal Eusébio Oscar Scheid, and I wish to assure you of my prayerful solidarity with all the faithful who found in him a zealous pastor. His episcopal motto, “god is good”, reminded us of the goodness of god with his church, and this remembrance is truly consoling when we remember beloved Dom Eusébio, who served the people of god so diligently, as the first bishop of São José dos Campos, and in the guidance, with equal care, of the archdiocese of florianopolis and the metropolitan see of São Sebastião do Rio de janeiro.
While I thank the most high for having given such a generous pastor to the church in brazil, I raise fervent prayers that the departed cardinal be welcomed in his eternal happiness, and console with hope in the resurrection all those who mourn the loss of their beloved pastor, imparting to them, as a pledge of heavenly consolation, the apostolic blessing.
Franciscus pp.