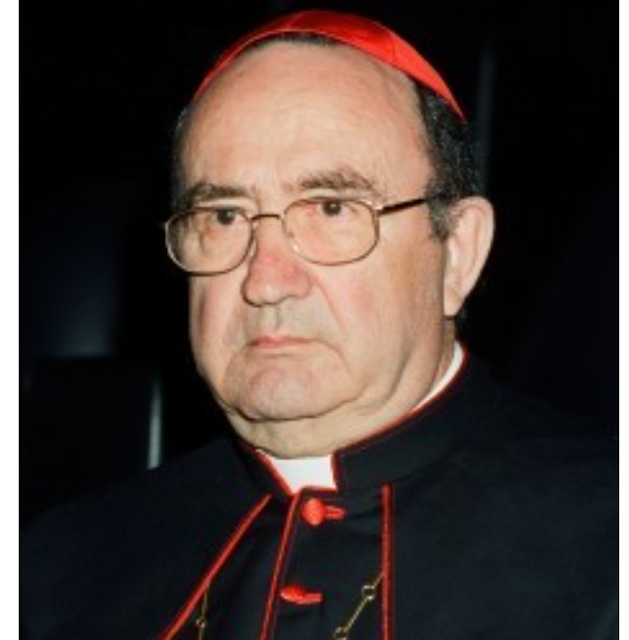 Pope Francis has sent condolences upon the death of Swiss Cardinal Henri Schwery, Bishop Emeritus of Sion.
FULL TEXT from Vatican.va:
To Monsignor Jean-Marie LOVEY
Bishop of Sion SION
Having learned with sadness of the death of Cardinal Henri Schwery, Bishop Emeritus of Sion, I extend my deep condolences to you and his family, to Bishop Emeritus Monsignor Norbert Brunner and to the faithful of the Diocese of Sion. I ask the Father of all mercy to welcome in his peace and in his light this man of science and this Pastor intensely devoted to the conduct of his diocese.
Attentive to the pastoral needs of the faithful, he invested himself in priestly vocations and the formation of priests. He has also been involved in the search for the unity of the Church on different occasions. As a token of comfort, I address the Apostolic Blessing to you, as well as to the Bishop Emeritus, Monsignor Norbert Brunner, to the priests, to consecrated persons, to the family of the deceased Cardinal and to his relatives,
FRANCIS PP
Biography of Cardinal Schwery from Vatican:
Cardinal Henri Schwery, Bishop emeritus of Sion (Switzerland), was born on 14 June 1932 in Saint-Léonard, diocese of Sion, a small agricultural center in the valley of Rosano, a few kilometers from the city of Sion, Switzerland.
Last child of 11 children, he studied theology at the major seminary of Sion, then continued in Rome at the French seminary of St Clare. In 1957, he was called to Switzerland to pursue other studies.
He was ordained a priest on 7 July 1957 at the age of 25. He was then sent to Fribourg and obtained a university diploma in mathematics and in physics. In 1961 he taught in Sion.
For eight years, since 1958 he was diocesan chaplain of the Catholic Action of Young Students. Since 1958 until 1977, he was a military chaplain. Also, in 1958 he was chaplain to the Our Lady of Sion children’s choir and councilor of the Swiss Committee of children choirs.
From 1968 to 1972 he served as director of the minor seminary of Sion and rector of the College in Sion from 1972 until 1977.
On 22 July 1977 he was appointed Bishop of Sion and was ordained on 17 September 1977. He was also member of the Congregation for Catholic Education (1978-1983), and participated in numerous reunions on vocations and evangelization in Europe and in the extraordinary Synod of 1985. He is also Canon of honor of the territorial Abbey of Saint-Maurice d’Agaunne.
He also served in the Bishops’ Conference and in dicasteries for schools, seminaries and faculties, military chaplains, health-care ministry, relations with dioceses outside Switzerland and European Conferences. From 1 January 1983 to 31 December 1988, he was President of the Swiss Bishops’ Conference.
He is the author of many pastoral letters and biblical-theological reflections on the relationship between the pastor and the human and religious reality of his Church. In 1978 he dedicated his first letter to the lay and priestly vocations.
Bishop emeritus of Sion, 1 April 1995.
He participated in the conclave of April 2005, which elected Pope Benedict XVI.
Created and proclaimed Cardinal by St. John Paul II in the Consistory of 28 June 1991, of the Title of Ss. Protomartiri a Via Aurelia Antica (Sts. Protomarytrs at Via Aurelia Antica).
Biography Source: https://press.vatican.va/content/salastampa/en/documentation/cardinali_biografie/cardinali_bio_schwery_h.html
Image Source: Screen Shot from Link above