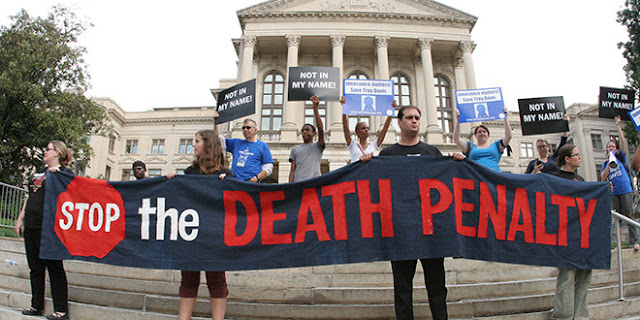 WASHINGTON —With three more federal executions scheduled in January, two bishop chairmen call on the current Administration to stop, and for the new Congress and incoming Administration to abolish the death penalty in federal law. Archbishop Paul S. Coakley of Oklahoma City, chairman of the U.S. Conference of Catholic Bishops’ (USCCB) Committee on Domestic Justice and Human Development, and Archbishop Joseph F. Naumann of Kansas City in Kansas, chairman of the USCCB’s Committee on Pro-Life Activities, issued the following statement:

“Following a year where the federal government, for the first time, executed more people than all fifty states combined, there are three more federal executions scheduled this week.  We renew our constant call to President Trump and Acting Attorney General Rosen: stop these executions.

“It is long past time to abolish the death penalty from our state and federal laws, and we call on the new Congress and President-Elect Biden to make this a priority.  One vehicle to accomplish this in federal law is the Federal Death Penalty Prohibition Act (S. 2390 and H.R. 4052 in the 116th Congress).  In addition, we ask President-Elect Biden to declare a moratorium on federal executions and to commute current federal death sentences to terms of imprisonment.

“The terrible loss suffered by victims’ families must be considered as well.  We encourage lawmakers to redirect the energy and resources that currently go towards executions to provide compassionate and professional assistance to the families of victims.

“Every person is created in the image and likeness of God, and we encourage everyone to work to rid the death penalty from our state and federal laws and to develop greater appreciation for the sacred dignity of every human life.”

Archbishop Coakley and Archbishop Naumann wrote to all members of Congress asking to abolish the federal death penalty in a letter here.

For additional USCCB statements and resources on the death penalty and the recent resumption of federal executions:

*Then-Archbishop Wilton D. Gregory was elevated to Cardinal by Pope Francis on November 28, 2020.