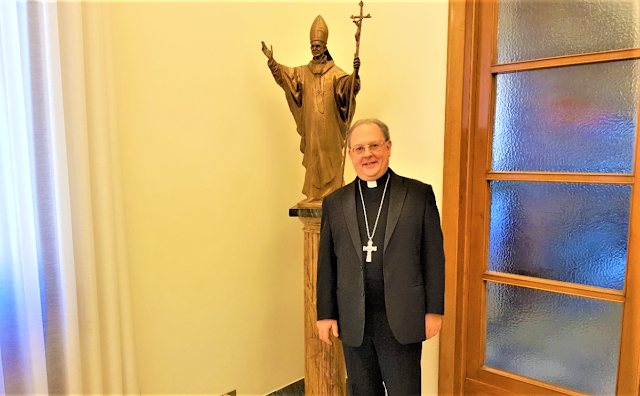 He did pastoral work in the diocese and was later appointed chancellor, serving from 1984 until 1998. After this appointment, he taught canon law. Since 1 January 1998 he entered the service of the Roman Curia serving in the Congregation for Bishops where he went on to become head of office in 2010.

Since 1996 he worked as a judge in the marriage tribunal of Lazio for Diocese of Rome.

He was appointed Under-Secretary of the Synod of Bishops on 8 February 2014 and two months later elevated to the episcopate as Titular Bishop of Aquipendium.

He was consecrated bishop on 30 May 2014 by Pope Francis, Giovanni Battista Cardinal Re and Lorenzo Cardinal Baldisseri.