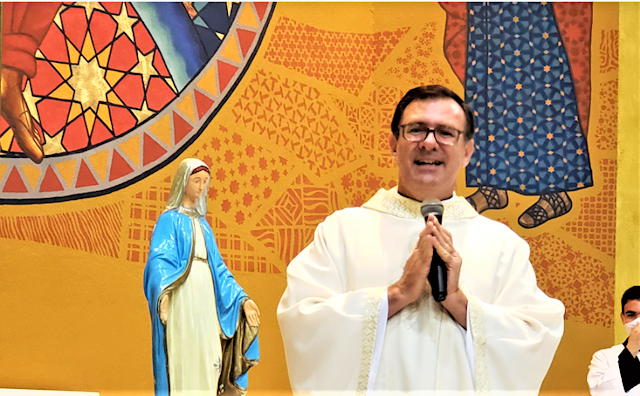 A Catholic Priest named Father Robinson was surprised during the homily when a stray bullet pierced the church ceiling .

On Sunday, January 31, 2021 the Parish of São José, in Maruípe, Brazil, was hit by a stray bullet that pierced the roof of the church, during the Holy Mass presided by Father Robinson de Castro Cunha.

The event happened at the end of the priest's homily, who, upon hearing the noise, looked at the ceiling and then at the floor, collecting the bullet that had fallen at his feet. Soon after, the community coordinator is called by the priest, who hands him the bullet.

The Mass, which was being broadcast live on the parish's social media, was never interrupted by the priest, who showed calmness even in the face of what had happened.

In a note published on its Facebook page, the parish informed that there was an investigation of the situation.

Note of the Parish of São José:

Yesterday, 31/1, during the celebration of Holy Mass, when the homily was concluded, around 7:37 pm, after a rocket fire in the region a stray bullet hit the ceiling that pierced the plaster of the Church of St. Joseph.