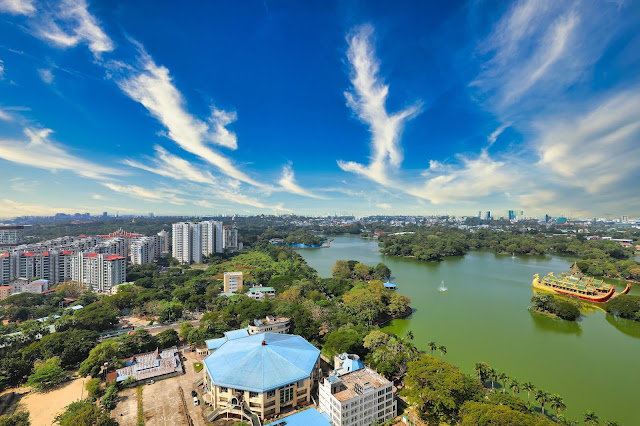 ASIA/MYANMAR - The military takes power: proclamation of a state of emergency in a climate of expectation, Christians demand "justice and peace"

Yangon (Agenzia Fides) - "There is no protest or gathering on the streets of Yangon. Telephone lines are isolated throughout the country and they only work in Yangon and the capital, Naypydaw. We do however see a strong reaction from people on social media networks. The military have declared they will hold power, in accordance with the state of emergency provided for by the Constitution, for a period of one year in order to control any irregularities in the ballot, which the Election Commission denied. For the moment, the population seems rather disoriented but tension reigns in the streets. We find ourselves in a climate of expectation". This is what Joseph Kung Za Hmung, a Burmese Catholic layman, Director of the "Gloria News Journal", based in Yangon, describes the situation in the city to Agenzia Fides after the military intervention that analysts describe as a "coup".

From 4 am this morning, February 1, armored vehicles of the army patrol the neuralgic centers of Yangon and especially the capital Naypydaw, where tomorrow, February 2, the inauguration of the new Parliament was to take place. Officials of the National League for Democracy, including Aung San Suu Kyi and President U Win Myint, have been arrested and a "state of emergency" declared. Authority over legislative, administrative and judicial power was transferred to the Commander-in-Chief, General Min Aung Hlaing, until - explains a statement from the armed forces - actions against the irregularities of the elections will be taken. According to "Tatmadaw" (as the Burmese Armed Forces are called) the ballot last November was rigged for the benefit of the National League for Democracy. In a message attributed to the leader Suu Kyi, which appeared on the League's Facebook page, the former State Councilor is said to have invited the people to react, but it is very difficult that there is the possibility of doing so, nor is it easy to attribute the sentence to the Nobel Prize winner who is under arrest in a place unknown for the moment.

Joseph Kung Za Hmung also adds: "In recent days there had been signals from military officials in this regard. For the time being, citizens are waiting, as it is feared that a mass protest could lead to a definitive coup that would see the generals in power for decades, ending the experience of democracy. Christians, like other citizens, are waiting for developments. Cardinal Charles Maung Bo, is on a pastoral visit to Kachin State and is unreachable. We hope and pray that justice and peace will always triumph. We are all invited to watch and pray. As a Christian community, during this phase of uncertainy, we cultivate firm hope and prayer for a peaceful solution, for the good of all".

That the military could intervene had already become clear last Friday, January 29, when tanks and armored vehicles began to be deployed at the airport and north of the former capital as the access roads to Naypyidaw, seat of Parliament, were sealed. Meanwhile, with the excuse of quarantine, even the elected deputies had been blocked in the hotel rooms of the capital where they are waiting for their installation, which was to take place tomorrow. In fact, events had already precipitated on the night of Thursday 28 January, when an attempt at mediation between the military and civilians had sank into a stalemate. Emissaries from Tatmadaw and the majority party had met on the occasion to resolve the dispute over the November ballot, which the military are asking for the cancellation. The military demanded the dissolution of the current Electoral Commission and the preparation of a new vote count under the aegis of the army. The League had refused by accepting only to postpone the inauguration of Parliament by one day, from February 1 to 2. The tense calm of the weekend - which seemed to bring hope - only served to prepare the logistics of the armed intervention. (PA-MG) (FULL TEXT Release from Agenzia Fides, 1/2/2021)