Pope Francis Accepts the Resignation of Cardinal Robert Sarah, from the Congregation of Divine Worship, who once was Papabile 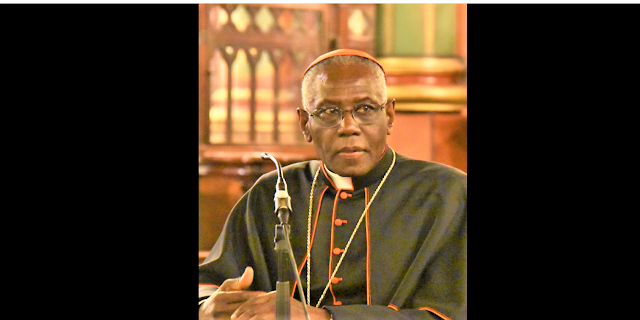 Today, the Pope accepted the resignation of my office as Prefect of the Congregation for Divine Worship after my seventy-fifth birthday. I am in God's hands. The only rock is Christ. We will meet again very soon in Rome and elsewhere. +RS pic.twitter.com/6ywOlLnfDE

Biography of Card. Sarah from the Vatican
Archbishop emeritus of Conakry (Guinea), was born on 15 June 1945 in Ourous, Guinea. After middle school, he was obliged to leave home in order to continue his studies at the minor seminary in Bingerville, Ivory Coast. Following Guinea’s independence in 1958, he returned home and completed his studies.

Upon completion of his studies, he was nominated rector of the minor seminary of Kindia, and served as parish priest in Bokè, Katace, Koundara and Ourous.

On 13 August 1979, he was appointed Archbishop of Conakry at the age of 34, making him the youngest bishop in the world and called "the baby bishop" by John Paul II. He was consecrated on 8 December 1979.

On 1 October 2001, he was appointed secretary of the Congregation for the Evangelization of Peoples.

Rosie P. said…
Thank you Cardinal Sarah for living and speaking TRUTH in our Christ and Holy Apostolic Catholic Church. Truly you are guided by Truth and the Holy Spirit. God be with you Always. Pray for us as we will pray for you and the Faithful. 😓💙🤍
February 22, 2021 at 9:48 AM