Pope Francis Confirms a Miracle and Brings 8 People Closer to Becoming Saints, including a Nun who Died from Ebola 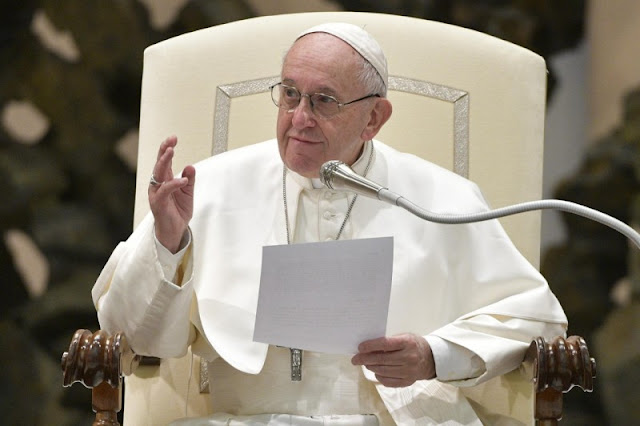 Promulgation of Decrees of the Congregation for the Causes of Saints, 20.02.2021

On 20 February 2021, the Holy Father Francis received in audience His Eminence Cardinal Marcello Semeraro, prefect of the Congregation for the Causes of Saints. During the audience, the Supreme Pontiff authorised the same Congregation to promulgate the Decrees regarding:

- the miracle attributed to the intercession of the Venerable Servant of God Armida Barelli, of the Secular Third Order of Saint Francis, co-founder of the Secular Institute of the Missionaries of the Kingship of Christ; born on 1 December 1882 in Milan, Italy, and died in Marzio, Italy, on 15 August 1952;

Brief Biography of Armida Barelli (from VaticanNews): While studying at a boarding school under the Franciscan Sisters of the Holy Cross from 1895 to 1900, she discovered her religious vocation and the Franciscan charism. Refusing several marriage proposals, she decided to devote herself to others, especially the poor and the orphaned. Together with Father Agostino Gemelli, OFM, she co-founded the Secular Institute of the Missionaries of the Kingship of Christ, which today has more than 2,200 members in more than 30 countries around the world.

The miracle attributed to her intercession clears her for beatification, a ceremony that will confer on her the title "Blessed".  Another miracle is required to clear her for canonization or sainthood.

- the heroic virtues of the Servant of God Albino Alves da Cunha e Silva, diocesan priest; born on 22 September 1882 in Codeçôso, Portugal, and died in Catanduva, Brazil, on 19 September 1973;

- the heroic virtues of the Servant of God Ignatius of Saint Paul (né George Spencer), professed priest of the Congregation of the Passion of Christ; born on 21 December 1799 in London, England, and died in Carstairs, Scotland, on 1 October 1864;

- the heroic virtues of the Servant of God Felicita Fortunata Baseggio net Anna Clara Giovanna), religious sister of the Order of Saint Augustine; born on 5 May 1752 in Ferrara, Italy, and died in Rovigo, Italy, on 11 February 1829;

- the heroic virtues of the Servant of God Floralba Rondi (née Luigia Rosina), professed religious of the Congregation of the Sisters of the Poor - Palazzolo Institute; born on 10 December 1924 in Pedrengo, Italy, and died in Mosango, Democratic Republic of the Congo, on 25 April 1995;

- the heroic virtues of the Servant of God Clarangela Ghilardi of the Congregation of the Sisters of the Poor - Palazzolo Institute; born on 21 April 1931 in Trescore Balneario, Italy, and died in Kikwit, Democratic Republic of the Congo, on 6 May 1995;

- the heroic virtues of the Servant of God Dinarosa Belleri (née Teresa Santa), professed religious of the Congregation of the Sisters of the Poor - Palazzolo Institute; born on 11 November 1936 in Cailina di Villa Carcina, Italy, and died in Kikwit, Democratic Republic of the Congo, on 14 May 1995;

Bio of Belleri: Teresina Belleri, born in Brescia, joined the Poverelle Sisters of the Palazzolo Institute in Bergamo at twenty-one. Active and concrete person, once the preparation was finished, he was sent to the marine hospital of Cagliari, then on a mission in the Congo. From 1966 for seventeen years he served in the Mosango Hospital Center; in 1983 she was transferred to Kikwit, where she worked tirelessly among lepers, tuberculosis and sick people of all kinds until 1995, when the Ebola virus epidemic caused numerous deaths, including three Poverelle Sisters. Sister Dinarosa remained in her post, convinced that she had to serve the poor, as Blessed Luigi Maria Palazzolo, founder of her Institute, had taught. Infected in her generous service to those who were already suffering from Ebola, she died on May 14, 1995 at around 9 am. Three other Poverelle Sisters had died before her, and two later, all infected with the same virus. The diocesan inquiry to ascertain the heroic nature of Sister Dinarosa's Christian virtues, in addition to those of the five sisters, took place in the Diocese of Kikwit from 28 April 2013 to 23 February 2014 and was supplemented by a completed rogatorial inquiry. in the Diocese of Bergamo. The six Causes proceed in the Roman phase at the Congregation for the Causes of Saints. (http://www.santiebeati.it/dettaglio/96028)

- the heroic virtues of the Servant of God Elisa Giambelluca, lay faithful, member of the Theresian institute; born on 30 April 1941 in Isnello, Italy, and died in Rome, Italy, on 5 May 1986.