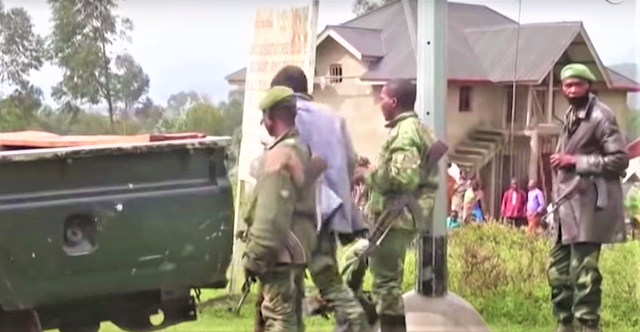 Agenzia Fides reports that 32 civilians were killed in a week in the north-east of the Democratic Republic of Congo, between Ituri and North Kivu ). This was announced by CEPADHO (Center for Studies for Peace, Democracy and Human Rights), according to which the attacks are attributable to terrorists of Ugandan origin ADF / MTM (Allied Democratic Forces) / (Madinat Tawhid wa-l-Muwahidin, literally "The city of monotheism and monotheists"). In addition to the victims, there are several people kidnapped and missing.
The latest attacks date back to the night between Saturday 27 and Sunday 28 February in Kainama in the north-east of Beni Territory, in North Kivu Province. In this context, the ADF / MTM terrorists killed a man and a child and set fire to six houses while in Bwakardi, a town in Ituri, the jihadists massacred 7 civilians and burned 2 houses, ransacking the others in the search for food and valuables. North Kivu is the eastern province of the Democratic Republic of Congo, where the Italian Ambassador to the Democratic Republic of Congo Luca Attanasio, the policeman, Vittorio Iacovacci, and their Congolese driver Mustafa Milambo were killed on 22 February. For decades, the area has lived in insecurity due to the presence of hundreds of armed groups. For this reason, reads the statement sent to Agenzia Fides, "CEPADHO encourages the initiative of the President of the Republic and President of the African Union with renard to the organization of the Peace Summit to fight against the emergence of terrorism on a continental level". "Our Organization calls for the issue of terrorism in Beni and Irumu to be addressed during the summit, by encouraging the friendly states of the DRC to take into consideration the need to support our army in the fight against the common threat: the ADF / MTM, ally of the so-called "Islamic State". (L.M.) (Edited from Agenzia Fides, 1/3/2021)