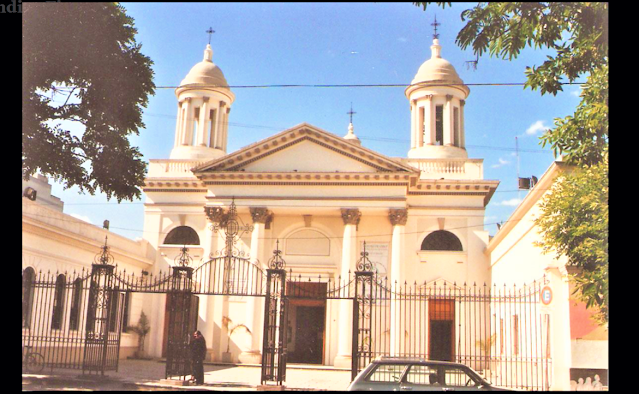 Agenzia Fides reports a tense situation in Argentina after the desecration of the Cathedral of Our Lady of Peace, increase in the number of thefts, economic stagnation, and protests for vaccines to VIPs.

Lomas de Zamora (Agenzia Fides) - The Argentine diocese of Lomas de Zamora informs that during the early hours of March 2, the Cathedral of Our Lady of Peace was the subject of acts of vandalism. The tabernacle which houses the Blessed Sacrament was desecrated, the crowns of the image of the Virgin of Peace and the Child Jesus, located in the center of the altar, were stolen, and the cross of the parish cemetery adjacent to the church was also destroyed.

The diocesan Bishop, Mgr.Jorge Lugones SJ, deeply saddened by the fact, asks the faithful to participate in an hour of Adoration of the Blessed Sacrament, next Friday, and in the Mass of reparation which he will celebrate the same day at 7 pm local time.

The situation in the country is still tense. Various Argentinian cities are unfortunately the scene of urban violence, and in particular of theft. The economic situation has not improved in recent months and many institutions accuse the government of mismanagement of the health emergency, which subsequently damaged the country's economy.

The Auxiliary Bishop of La Plata and President of the Episcopal Commission for Health Pastoral Care, Mgr. Alberto Bochatey Chaneton OSA, gave an interview to the television program "The keys to a better world" of Channel 9. In his speech he referred to what happened with the "vip vaccination" against Covid-19. "The known events leave us totally stunned", he admitted, adding: "Although we are faced with ethical misery, we must not lose our calm or our aplomb because they are our brothers". He added that "vaccination should not be politicized, and known events leave us totally stunned and puzzled. We thought we had seen everything in the area of corruption, the lack of ethics, but nevertheless they continue to surprise us".

"In Argentina, we do not know how many doses of vaccines have been bought or the price they were paid for, how many more have yet to arrive and when. We argue with one lab and then the other one comes up. Then they tell us that we must not become opponents of vaccination but given the number of communication, information and management errors that have been made, it is unthinkable to believe that people remain seated on the sidewalk waiting for the vaccine".

"The Church encourages hope and encourages leaders to do things well, and do them quickly, so that people do not despair", affirmed the Bishop who recommended, at the end of the interview, to follow "the true standards that come from public health", while asking the latter not to engage in a double game, which would reinforce the scandals.

Thousands of people protested over the past weekend over the "VIP vaccine" scandal. Through a massive demonstration, the crowd gathered in front of the headquarters of the executive, in Buenos Aires, to protest indignantly with the government of Alberto Fernández after learning that several personalities have been vaccinated against Covid-19 in a privileged way.

"There are priorities: the elderly, teachers, nurses, police officers, bus drivers ... they should have started with them.

Government officials say they fight for the people. So they should have been the last to receive the vaccine dose", the demonstrators said. (CE) (Press Release from Agenzia Fides, 3/3/2021)