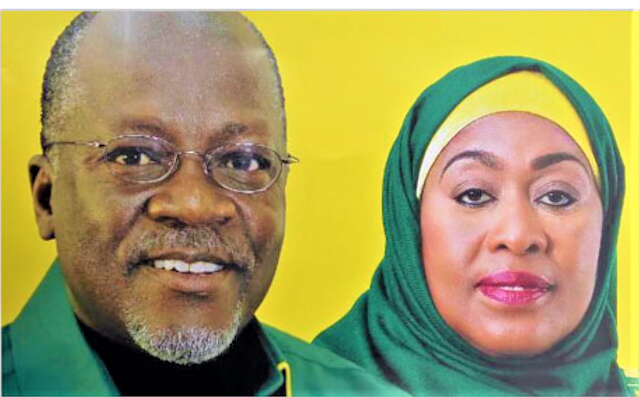 The President of Tanzania, John Magufuli, has died in office on March 17, 2021. He is replaced by his Vice President Samia Suluhu Hassan. Tanzanians lined the streets of Dar es Salaam to pay their last respects to President.
“Dear Tanzanians, it is sad to announce that today 17 March 2021, around 6 p.m., we lost our brave leader, President John Magufuli, who died from heart illness at Mzena hospital in Dar es Salaam where he was getting treatment,” the vice president said on State broadcaster TBC.
Samia Suluhu Hassan has been sworn in as Tanzania's first female president at the State House in Dar es Salaam on Friday, making history as the first woman to hold the top position. The 61-year-old's inauguration came two days after she announced the passing of President John Magufuli.   She said, it's 'Time to stand together' in her first public address as president. Suluhu Hassan is known as Mama Samia. She will complete Magufuli's second five-year term in office, which began in October 2020 after he won general elections. Hassan also announced 21 days of mourning for the controversial former president, as well as public holidays for his funeral.  They both belong to the Chama Cha Mapinduzi (CCM) party. Suluhu Hassan is  born in Zanzibar and she is a practicing Muslim.    President John Magufuli held his position as president for five-and-a-half years.