Prayers Answered as All 10 Hostages Now Freed in Haiti - Including 5 Priests, 2 Nuns and 3 Lay People 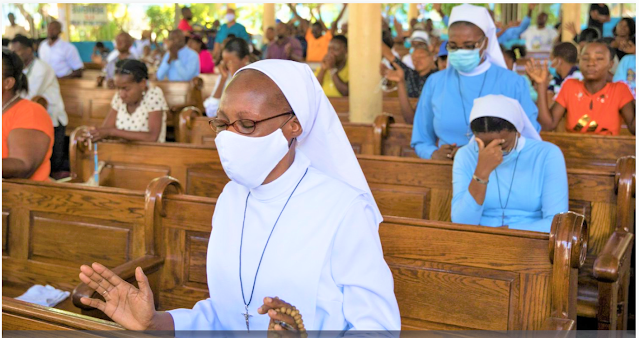 "We found our confreres, the nuns and members of the family of Father Jean Anel Joseph in good health," the missionary society said in a statement.

"Our thanks also go to the ambassadors of France and the United States, for their discreet and effective diplomatic contribution, as well as to all the political and moral authorities of the country as well as to the governments for their unwavering support," added the company. missionary. Three of the seven religious abducted had already been released a week ago.

In all, 10 people were kidnapped on April 11, 2021 at Croix-des-Bouquets, near the capital Port-au-Prince, in Haiti. This is while they were on their way to the installation of a new priest. The group included four priests and a nun of Haitian nationality, as well as two French from the west of France: a nun from the department of Mayenne and a priest from Ille-et-Vilaine who lives in Haiti. for over thirty years. Three other people, members of the family of a Haitian priest, Father Jean Anel Joseph, who was not among those kidnapped, had also been kidnapped.

The five priests are part of the Society of Priests of Saint-Jacques, whose mother house is in Guiclan in the diocese of Quimper. This missionary society has about fifteen priests in Haiti, out of a total of 80 priests and about twenty seminarians also present in France, Brazil and Canada.

The kidnapping of the religious had caused a great international stir and a deep political crisis in the country, plagued by an upsurge in kidnappings for ransom in recent months in Port-au-Prince and in the provinces, testifying to the growing influence of gangs armed on Haitian territory.