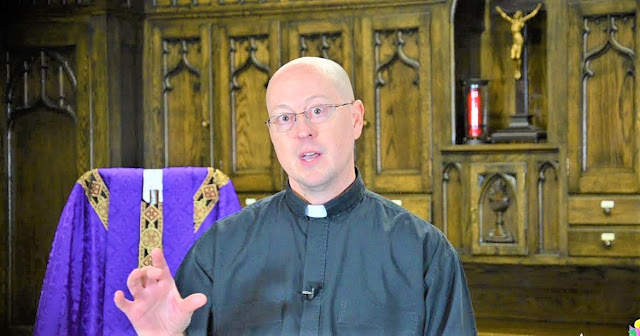 Pope Francis Accepts Resignation of Bishop Michael Sheridan of the Diocese of Colorado Springs; Appoints Father James Golka of Diocese of Grand Island as Successor
APRIL 30, 2021
WASHINGTON—Pope Francis has accepted the resignation of Bishop Michael J. Sheridan, 76, from the pastoral governance of the Diocese of Colorado Springs and has appointed Father James R. Golka, a priest of the Diocese of Grand Island as Bishop-elect of Colorado Springs. Bishop-elect Golka currently serves as rector of the Cathedral of the Nativity of the Blessed Virgin Mary in Grand Island, Nebraska. The appointment was publicized in Washington, D.C. on April 30, 2021 by Archbishop Christophe Pierre, apostolic nuncio to the United States.
(Video from the Diocese starts at the 1:00 Mark) Father Golka was born September 22, 1966 in Grand Island, Nebraska. He attended Creighton University in Omaha, Nebraska where he received a Bachelor’s degree in Philosophy and Theology (1985-1989). He served as a Jesuit lay missionary volunteer for the Native American Missions in South Dakota (1989-1990) before entering St. Paul Seminary in Minnesota where he received a Master of Divinity in 1994. He was ordained to the priesthood on June 3, 1994 for the Diocese of Grand Island.
Bishop-elect Golka’s assignments after ordination include: associate pastor at St. James parish in Kearney (1994-2000), associate pastor at Holy Rosary parish in Alliance (2000-2001); pastor of Our Lady of Guadalupe parish in Scottsbluff (2001-2006); and pastor of St. Patrick’s parish and president of St. Patrick’s School in North Platte (2006-2016). Since 2016, he has served as rector of the Cathedral of the Nativity of the Blessed Virgin Mary in Grand Island and vicar general since 2018.
Bishop-elect Golka’s pastoral ministry also includes service as a member of the diocesan College of Consultors, the Presbyteral Council, and the Personnel Board. He has also served as the director of Higher Ground, a diocesan summer retreat experience for youth, as well as a pilgrimage director for Jerusalem and the Holy Land. Bishop-elect Golka speaks both English and Spanish.
The Diocese of Colorado Springs is comprised of 15,493 square miles in the state of Colorado and has a total population of 1,169,053 of which 187,048 are Catholic.
Source: USCCB