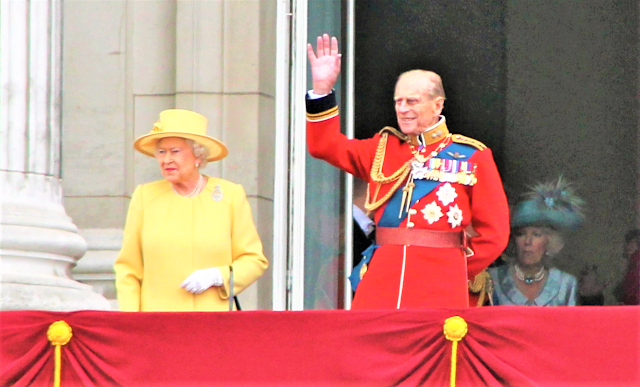 On Friday 9th April, 2021, the death of Prince Philip, the Duke of Edinburgh, was announced. Prince Philip, husband of Britain’s Queen Elizabeth, died at the age of 99.

A statement issued by Buckingham Palace on Friday said, "It is with deep sorrow that Her Majesty The Queen announces the death of her beloved husband, His Royal Highness The Prince Philip, Duke of Edinburgh.

"His Royal Highness passed away peacefully this morning at Windsor Castle."

The Prince was in hospital receiving treatment for an infection and underwent heart surgery but was released on 16 March and returned to Windsor Castle.

Prince Philip was born as Prince Philip of Greece and Denmark, and was made a Prince of the United Kingdom after his marriage to Princess Elizabeth in 1947.

At this moment of sadness and loss I pray for the repose of the soul of Prince Philip, Her Majesty the Queen’s faithful and loyal husband. I pray for the Queen and all of the Royal Family.

Prince Philip dedicated his life in service to the Queen and country. He met Pope Francis at the Casa Santa Marta in 2014 with the Queen.

Prince Philip retired from Royal duties in 2017 after 65 years of service.

The Duke of Edinburgh is survived by the Queen and their four children — Prince Charles, Princess Anne, Prince Andrew and Prince Edward as well as eight grandchildren and 10 great-grandchildren.

In a statement, Cardinal Vincent offered prayers for the repose of his soul:

'At this moment of sadness and loss I pray for the repose of the soul of Prince Philip, Her Majesty the Queen’s faithful and loyal husband. I pray for the Queen and all of the Royal Family.

'How much we will miss Prince Philip’s presence and character, so full of life and vigour. He has been an example of steadfast loyalty and duty cheerfully given. May he rest in peace.'

It is with deep sorrow that Her Majesty The Queen has announced the death of her beloved husband, His Royal Highness The Prince Philip, Duke of Edinburgh.

His Royal Highness passed away peacefully this morning at Windsor Castle. pic.twitter.com/XOIDQqlFPn