Saint April 23 : St. Adalbert of Prague an Archbishop who was Martyred and Patron of Poland and Bohemia 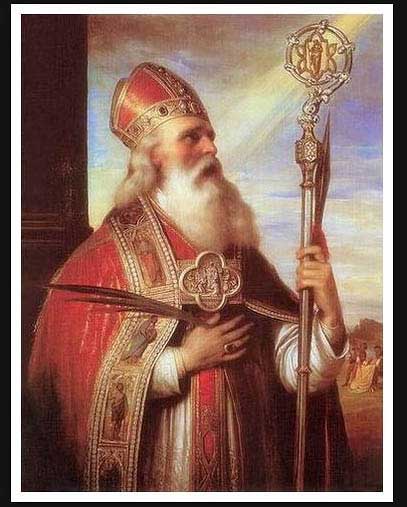 BISHOP AND MARTYR
Feast Day:
April 23
Born:
939, Libice nad Cidlinou, Bohemia
Died:
997, Truso (Elbląg) or Kaliningrad Oblast
Patron of:
Bohemia; Poland; Prussia
Born 939 of a noble Bohemian family; died 997. He assumed the name of the Archbishop Adalbert (his name had been Wojtech), under whom he studied at Magdeburg. He became Bishop of Prague, whence he was obliged to flee on account of the enmity he had aroused by his efforts to reform the clergy of his diocese. He betook himself to Rome, and when released by Pope John XV from his episcopal obligations, withdrew to a monastery and occupied himself in the most humble duties of the house. Recalled by his people, who received him with great demonstrations of joy, he was nevertheless expelled a second time and returned to Rome. The people of Hungary were just then turning towards Christianity. Adalbert went among them as a missionary, and probably baptized King Geysa and his family, and King Stephen. He afterwards evangelized the Poles, and was made Archbishop of Gnesen. But he again relinquished his see, and set out to preach to the idolatrous inhabitants of what is now the Kingdom of Prussia. Success attended his efforts at first, but his imperious manner in commanding them to abandon paganism irritated them, and at the instigation of one of the pagan priests he was killed. This was in the year 997. His feast is celebrated 23 April, and he is called the Apostle of Prussia. Boleslas I, Prince of Poland, is said to have ransomed his body for an equivalent weight of gold. He is thought to be the author of the war-song, "Boga-Rodzica", which the Poles used to sing when going to battle. (The Catholic Encyclopedia