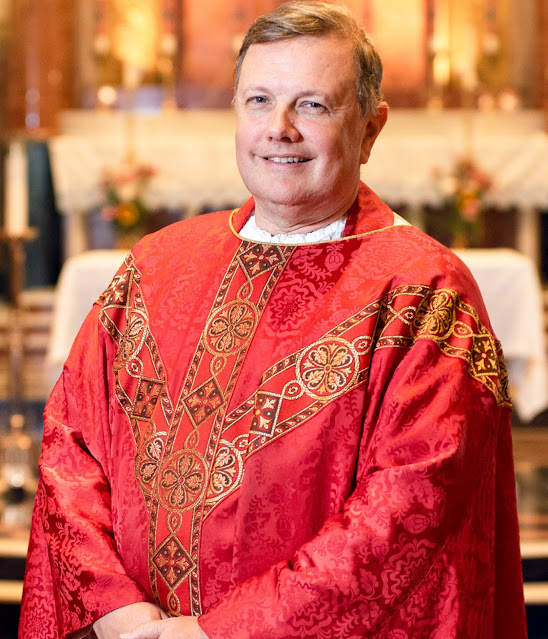 Monsignor Kieran Harrington of Diocese of Brooklyn Named National Director of the National Pontifical Mission Societies
WASHINGTON –Monsignor Kieran E. Harrington of the Diocese of Brooklyn, has been named the new national director of the Pontifical Mission Societies. The appointment was made by Cardinal Luis Antonio Tagle, prefect of the Vatican Congregation for the Evangelization of Peoples. Monsignor Harrington succeeds Father Andrew Small, OMI, who is completing his second five-year term.

“I am humbled by the trust placed in me to serve the Church in this most important area of missionary evangelization,” said Monsignor Harrington. “I look forward to working with the bishops and dioceses to support the pastoral work of the pontifical missions.”

Father Small warmly welcomed the news of Monsignor Harrington’s appointment, adding, “Having gotten to know Monsignor Kieran over the last ten years, I am delighted that someone of such ability and passion has been chosen as the next National Director of the Holy Father’s mission societies.”

The Pontifical Mission Societies are organizations that are under the direction of the Holy Father. Their purpose is the promotion of a universal missionary spirit among all baptized Catholics. There are four societies: the Society for the Propagation of the Faith, the Holy Childhood Association, the Society of St. Peter Apostle, and the Missionary Union of Priests and Religious. These four societies each received the title “pontifical” in 1922 to indicate their status as official instruments of the pope and of the universal Catholic Church. The national director heads the four societies in the United States and oversees the World Missions Sunday Collection, which is taken up on the third Sunday of October each year. For more information, please visit www.onefamilyinmission.org