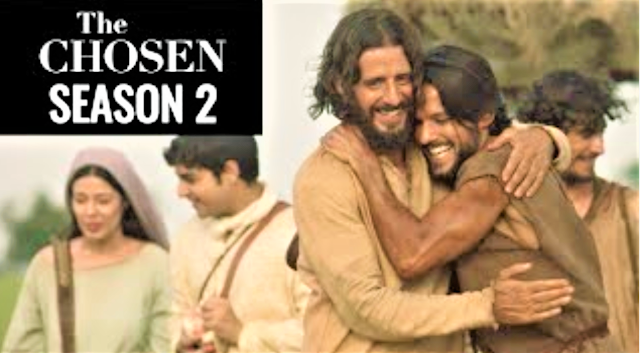 ‘The Chosen’ is a TV Series on the Life of Christ is produced by VidAngel Studios.’ It is crowdfunded production which portrays the biblical Jesus in  the ancient world. Dallas Jenkins, an evangelical,  created The Chosen — a projected eight-season TV series on Jesus Christ. The first season was released a year ago. He intends The Chosen to be faithful to Scripture. The  show has a Catholic consultant, Holy Cross Father David Guffey, who describes it as an Ignatian meditation on the Gospels. The main actor, who plays Jesus is also Catholic.
See Also: Episode 2/3  https://www.catholicnewsworld.com/2021/04/watch-chosen-season-2-viral-series-on.html
WATCH Season 2: Episode 1 Below   - After introduction by Dallas Jenkins
STARTS at 23:41 on the VIDEO Below: