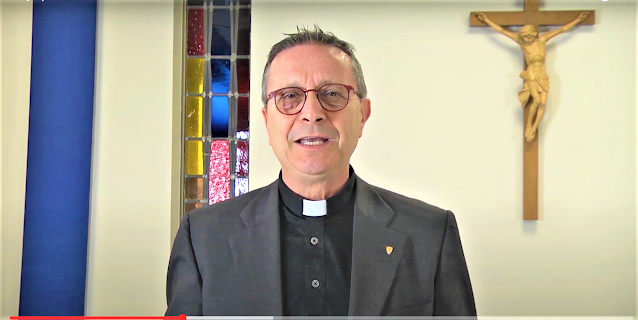 Pope Francis Names New Auxiliary Bishop of Galveston-Houston
MAY 18, 2021
USSB Release from WASHINGTON - Pope Francis has appointed the Rev. Italo Dell’Oro, C.R.S. as auxiliary bishop of Galveston-Houston. Bishop-elect Dell’Oro is a priest of the Congregation of the Somascan Fathers and currently serves as vicar for clergy for the Archdiocese of Galveston-Houston. The appointment was publicized in Washington, D.C. on May 18, 2021 by Archbishop Christophe Pierre, apostolic nuncio to the United States.
Father Dell’Oro was born June 20, 1953 in Malgrate, Italy. He attended the Somascan Novitiate and Theologate in Rome and made his first religious profession in 1978, and his solemn profession in 1981. He received his baccalaureate in sacred theology from the University of St. Anselmo in Rome, Italy in 1982 and a master’s degree in counseling and psychotherapy from Rivier University in Nashua, New Hampshire in 1988. He was ordained to the priesthood in Como, Italy on September 11, 1982.
Bishop-elect Dell’Oro’s assignments after ordination include: priest assistant at Pine Haven Boys Center in Allenstown, New Hampshire (1985-1992); pastor at Assumption Parish in Houston, Texas (1992-2000); dean of the Northeast Deanery in Houston (2000); vocations director at the Somascan Fathers House of Formation (2001-2005); and archdiocesan director of ministry to priests (2005-2015). He has served as the Archdiocese of Houston-Galveston’s vicar for clergy and secretariat director for clergy formation and chaplain services since 2015, and the episcopal vicar for marriage affairs since 2016. He speaks English, Italian, and Spanish.
The Archdiocese of Galveston-Houston is comprised of 8,880 square miles in the state of Texas and has a total population of 7,247,207 of which 1,700,000 are Catholic. Cardinal Daniel N. DiNardo is the current archbishop of Galveston-Houston.
FULL TEXT Release: USCCB
(Below Video of Bishop-elect Italo)