Saint May 12 : St. Pancras a Martyr and the Patron against Headaches and Cramps with Prayer 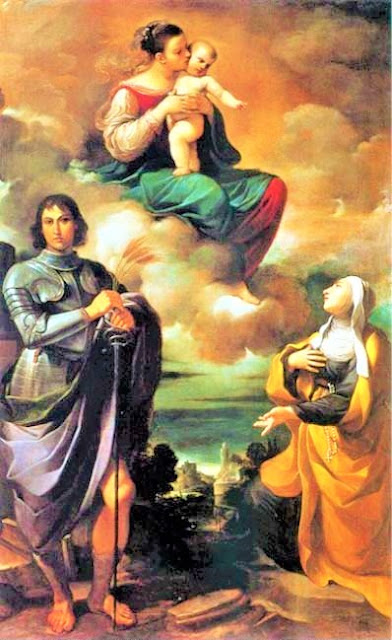 MARTYR
Born:
~289 AD, Synnada, Phrygia
Died:
~304 AD, Via Aurelia, Rome
Major Shrine:
San Pancrazio, Rome
Patron of:
children; invoked against cramp, false witness, headache, and perjury
He is said to have suffered at Rome in the fourteenth year of his age. Having been beheaded for the faith, which he had gloriously confessed under Dioclesian in the year 304, he was interred in the cemetery of Calepodius, which afterwards took his name. His old church in that place was repaired in the fifth century by Pope Symmachus, and in the seventh by pope Honorius I. St. Gregory the Great speaks of his relics. St. Gregory of Tours1 calls him the Avenger of Perjuries, and says that God by a perpetual miracle visibly punished false oaths made before his relics. Pope Vitalian sent a portion of them to king Oswi in 656.2 Italy, England, France, Spain, &c., abound with churches which bear his name.3 See D. Jenichen, Diss. de S. Pancratio, urbis et ecclesiae primariae Giessensis patrono titular), in 4to. anno 1758, at Giessen, a university in Upper Hesse, belonging to the landgrave of Hesse Darmstadt.
Lives of the Saints - Butler
Image Giovan Francesco Barbieri detto il Guercino - Source: Google Images