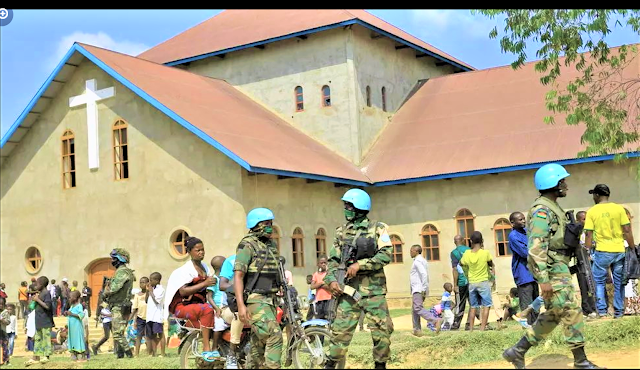 The Emmanuel-Butsili Catholic Church in Beni, Democratic Republic of Congo, in Africa was hit by a bomb on June 27, 2021. At 6:00 am local time on Sunday, a makeshift homemade bomb hit the church. Beni’s vicar general Fr. Laurent Sondirya confirmed that two people were injured in the explosion that occurred just before a children’s confirmation ceremony.
The government of the DRC condemns “with the utmost energy the explosion of a homemade bomb this morning at the Catholic Church of Butsili in the town of Beni (North Kivu) causing injuries and material damage,” said the Ministry of Communication on Twitter Sunday.
Beni, is a town that often sees raids by Ugandan rebels of the ADF; an armed rebel group that claims to be Islamic State,
An investigation has been opened.
“There is material damage because everything inside was damaged by this bomb. There are mothers who got up early this morning to go and fix the church. They are the ones who came back for the first time and they were the ones who suffered injuries, but their lives are not in danger, ”district chief Josué Musanzalire told RFI.
Kizito Bin Hangi, president of the civil society of Beni says that two other bombs were found in the church but they did not explode. The two injured are being taken care of in hospital and one of them is seriously injured in the foot.