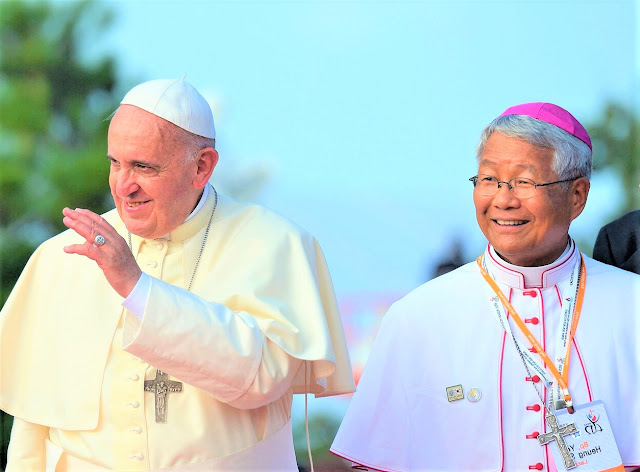 Pope Francis accepted the resignation of Cardinal Beniamino Stella and appointed 69-year-old Lazarus You Heung-sik, bishop of Daejeon, Korea, as Prefect of the Congregation for the Clergy. The new Prefect knows the Pope and welcomed him to his diocese during the Pope's trip to Korea in August 2014. (Vatican News Excerpt)

Born in 1951 and ordained a priest for the Diocese of Daejeon, Lazarus You Heung-sik became a coadjutor in the same diocese in 2003 and two years later assumed full responsibility. The new Prefect was the head of the Korean Bishops' Conference's Peace Committee and traveled to North Korea four times.(Vatican News Excerpt)

Holy See release:
Appointment of the Prefect of the Congregation for the Clergy

The Holy Father has appointed His Excellency Monsignor Lazzaro You Heung-sik , currently Bishop of Daejeon, Prefect of the Congregation for the Clergy , at the same time conferring on him the title of Archbishop-Bishop Emeritus of Daejeon.

His Holiness also ordered that His Eminence Most Reverend Cardinal Beniamino Stella remain in charge of the aforementioned Congregation until the new Prefect is taken over.