Being a Follower of Christ is Cool! Interview with Emmy Nominee Craig Syracusa 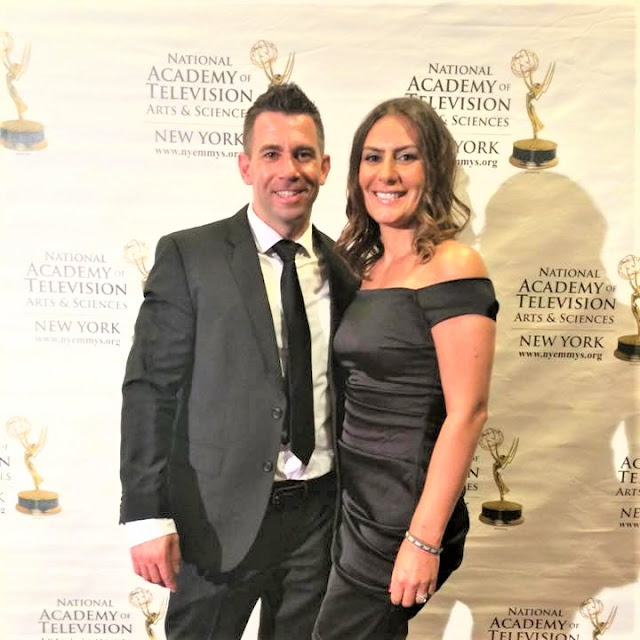 Craig Syracusa is a seasoned professional and Christian Life Coach with nearly 20 years of experience in the entertainment industry. His multi-faceted background includes writing, directing, and producing award-winning films, documentaries, and TV shows as well as starring roles in
commercials and movies.

Craig is currently the creator and host of the nationally-syndicated talk show "Walk in Faith", on which he has interviewed hundreds of celebrities, athletes and influencers about their journey of faith.
LISTEN to him Speak about his Faith Journey with Catholic News World:
Craig has amassed an extensive amount of contacts throughout the entertainment industry, including everyone from A and B-list celebrities to corporate sponsors, production companies, crews, and distributors.
He is also a freelance director, producer, and writer, with many ongoing projects and a new book set to be released soon!

In Craig's most recent role as Director of Programming and Production for NET TV, he created and produced thousands of hours of content, including original talk shows and documentary films & programming as well as promos & commercials.  Under Craig's leadership, Net TV increased its viewership by syndicating content to networks throughout the world and recently was honored with with a Gabriel Award for Station of the Year by the Catholic Press Association.


Craig has received industry-wide recognition for his work, including 4 Emmy nominations and multiple Communicator awards, including one for directing a commercial for the late George Steinbrenner’s Silver Shield Foundation.  He also earned several Telly Awards, an IndieFEST Film Award, and a Global Accolade.  In 2013, Craig’s hard work and dedication was recognized by “Rising Stars” and was named one of the most successful people under the age of 40.

Through Craig's role at DeSales Media Group, he had the opportunity to create and coordinate a variety of events, from anti-bullying campaigns to charity events to golf outings.  He even had the opportunity to orchestrate the first-ever Catholic Day at Citi Field, an all-day event including a Christian concert series and outdoor festival which culminated with mass inside the stadium for the whole of the Brooklyn/Queens Diocese....and of course, a Mets game!  This event went on to be televised and syndicated.  Craig’s events have received industry-wide attention and have been recognized by KTU Cares 103.5, Z100, NBC, CBS, Channel 12, FOX 5, The Daily News, Brooklyn Eagle, and The Tablet, as well as by top industry professionals and politicians.

One of the highlights in Craig’s career was meeting Pope Francis during his Papal trip to New York City.  In preparation for his arrival, Craig orchestrated the creation of a 130-foot mural of Pope Francis, a concept that received international media attention.
Craig is a Brooklyn native who lives with his wife and son at their home in New Jersey.
READ More about Craig and his Work: (Biography reprinted with permission from) : https://godsplanproductions.com/our-story