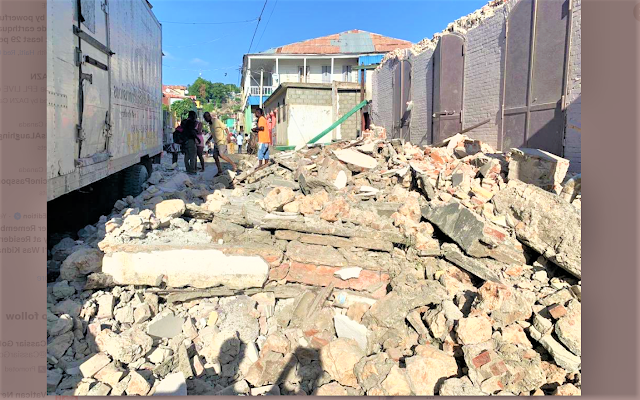 An earthquake hit the country of Haiti on the 14th of August, 2021 around 8:30 am and the death toll is at 1297 (updated) dead. The 7.2 magnitude earthquake’s epicenter hit 7.5 miles from the coastal town of Saint-Louis du Sud, which is about 100 miles from Port-au-Prince. It could result in thousands of deaths and injuries. Frantz Duval, editor-in-chief of Haiti's Le Nouvelliste newspaper, tweeted that the local hospital was overwhelmed. BBC said that, reporters at Le Nouvelliste said the majority of churches and hotels on the south coast had collapsed or suffered major damage. Photos shared on social media show lifeless bodies and collapsed buildings and piles of rubble. In 2010 an earthquake in Haiti killed more than 200,000 people and caused great damage to infrastructure and the economy. There is now a political crisis in the country, following the assassination of Haiti's president last month. Haiti has a population of 11 million people with 59% percentage living below the poverty line. Over 56% of the Country is Roman Catholic and 29.6% are Protestant.