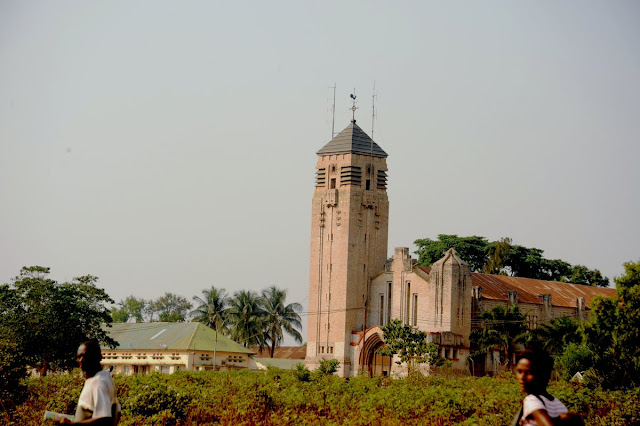 Bishops condemn theft and attacks on churches in Mbujimayi and Kinshasa

Agenzia Fides "These are deliberate acts of desecration, despicable and particularly revolting acts", said His Exc. Mgr. Bernard-Emmanuel Kasanda Mulenga, Bishop of Mbujimayi, about the recent thefts and attacks on a dozen churches in his diocese in the Kasai region, in the center of the Democratic Republic of the Congo.

Mgr. Kasanda has asked for "extremely exemplary, firm and rapid" condemnations against the perpetrators. For almost four months, the churches in Kasai, the region from which the Congolese President Félix Tshisekedi comes, have been subjected to "progressive and systematic desecration": "tabernacles, sacred vessels, altar stones and cloths, furniture and statues of the Sacred Heart Jesus and the Virgin Mary were stolen", denounced the bishop.

Meanwhile, a spokesman for the provincial government confirmed that Bishop Kasanda had provided the police with some information to help them find the stolen sacred objects. In this context, he pointed out that both "deviants" within the church and "fetishists who believe that they can consolidate their alleged power by taking possession of the sacred things of the Catholic Church" are possible perpetrators for the desecration .

In the background there are still tensions between the Catholic Church and the government over delays in the election of the President of the Independent National Electoral Commission (CENI), who has to be nominated by the main Congolese denominations. On July 23, Fr. Donatien Nshole, spokesman for religious denominations had denounced "the pressure, intimidation and threats of all kinds which some members of the religious denomination platform are subjected to to prevent us from doing our work freely".

The Bishops' Conference and the Église du Christ au Congo (which brings together most of the Congolese Protestant denominations) reject the candidacy of Denis Kadima, who, on the other hand, was supported by representatives of the six other religious denominations (Islam, Kimbanguist, Salvation Army, Orthodox, Kimbanguist and Pentacostal ) because he was considered too close to President Félix Tshisekedi.

Protesters threw stones at the Archbishop's residence in Kinshasa last Sunday, August 1st. "A group of unidentified people turned up at the Archbishop's Palace in Kinshasa and at the residence of Cardinal Fridolin Ambongo, shouting offensive slogans and phrases and committed acts of violence", denounced Fr. Georges. Njila, Chancellor of the Archdiocese of Kinshasa. (L.M.) (FULL TEXT Source: Agenzia Fides, 3/8/2021)