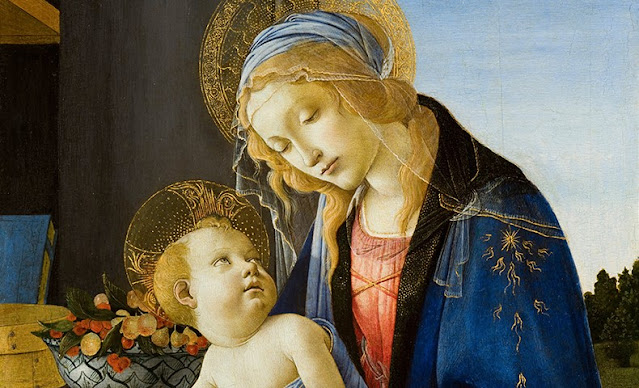 Thursday of the Eighteenth Week in Ordinary Time
Lectionary: 410
Reading I
Nm 20:1-13
The whole congregation of the children of Israel
arrived in the desert of Zin in the first month,
and the people settled at Kadesh.
It was here that Miriam died, and here that she was buried.
As the community had no water,
they held a council against Moses and Aaron.
The people contended with Moses, exclaiming,
“Would that we too had perished with our kinsmen in the Lord’s presence!
Why have you brought the LORD’s assembly into this desert
where we and our livestock are dying?
Why did you lead us out of Egypt,
only to bring us to this wretched place
which has neither grain nor figs nor vines nor pomegranates?
Here there is not even water to drink!”
But Moses and Aaron went away from the assembly
to the entrance of the meeting tent, where they fell prostrate.
Then the glory of the LORD appeared to them,
and the LORD said to Moses,
“Take your staff and assemble the community,
you and your brother Aaron,
and in their presence order the rock to yield its waters.
From the rock you shall bring forth water for the congregation
and their livestock to drink.”
So Moses took his staff from its place before the LORD, as he was ordered.
He and Aaron assembled the community in front of the rock,
where he said to them, “Listen to me, you rebels!
Are we to bring water for you out of this rock?”
Then, raising his hand, Moses struck the rock twice with his staff,
and water gushed out in abundance for the people
and their livestock to drink.
But the LORD said to Moses and Aaron,
“Because you were not faithful to me
in showing forth my sanctity before the children of Israel,
you shall not lead this community into the land I will give them.”
These are the waters of Meribah,
where the children of Israel contended against the Lord,
and where the LORD revealed his sanctity among them.
Responsorial Psalm
95:1-2, 6-7, 8-9
R.    (8)  If today you hear his voice, harden not your hearts.
Come, let us sing joyfully to the LORD;
let us acclaim the Rock of our salvation.
Let us come into his presence with thanksgiving;
let us joyfully sing psalms to him.
R.    If today you hear his voice, harden not your hearts.
Come, let us bow down in worship;
let us kneel before the LORD who made us.
For he is our God,
and we are the people he shepherds, the flock he guides.
R.    If today you hear his voice, harden not your hearts.
Oh, that today you would hear his voice:
“Harden not your hearts as at Meribah,
as in the day of Massah in the desert,
Where your fathers tested me;
they tested me though they had seen my works.”
R.    If today you hear his voice, harden not your hearts.
Alleluia
Mt 16:18
R. Alleluia, alleluia.
You are Peter, and upon this rock I will build my Church,
and the gates of the netherworld shall not prevail against it.
R. Alleluia, alleluia.
Gospel
Mt 16:13-23
Jesus went into the region of Caesarea Philippi
and he asked his disciples,
“Who do people say that the Son of Man is?”
They replied, “Some say John the Baptist, others Elijah,
still others Jeremiah or one of the prophets.”
He said to them, “But who do you say that I am?”
Simon Peter said in reply,
“You are the Christ, the Son of the living God.”
Jesus said to him in reply, “Blessed are you, Simon son of Jonah.
For flesh and blood has not revealed this to you, but my heavenly Father.
And so I say to you, you are Peter,
and upon this rock I will build my Church,
and the gates of the netherworld shall not prevail against it.
I will give you the keys to the Kingdom of heaven.
Whatever you bind on earth shall be bound in heaven;
and whatever you loose on earth shall be loosed in heaven.”
Then he strictly ordered his disciples
to tell no one that he was the Christ.
From that time on, Jesus began to show his disciples
that he must go to Jerusalem and suffer greatly
from the elders, the chief priests, and the scribes,
and be killed and on the third day be raised.
Then Peter took Jesus aside and began to rebuke him,
“God forbid, Lord!  No such thing shall ever happen to you.”
He turned and said to Peter,
“Get behind me, Satan!  You are an obstacle to me.
You are thinking not as God does, but as human beings do.”
Prayer to make Spiritual Communion:
People who cannot communicate now make spiritual communion.
At your feet, O my Jesus I bow down and offer you the repentance of my contrite heart, which abysses itself into its nothingness and Your holy presence. I adore you in the Sacrament of Your love, the ineffable Eucharist. I wish to receive you in the poor home that my heart offers you. In anticipation of the happiness of sacramental communion, I want to possess you in spirit. Come to me, oh my Jesus, that I may come to you. May Your love inflame my whole being, for life and death. I believe in you, I hope in you, I love you. So be it. Amen