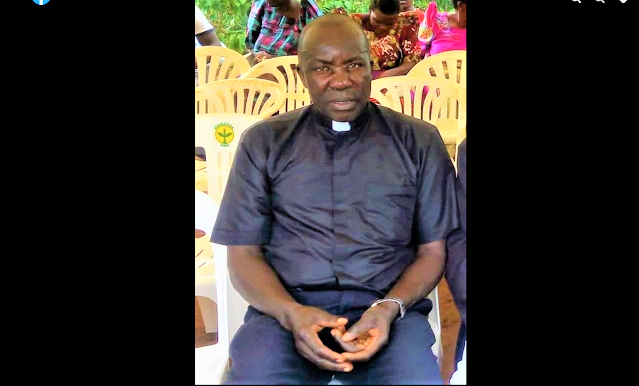 Fr Joshephat Kasambula, age 68, of Kiyinda-Mityana Diocese was murdered in cold blood on August 18th, 2021 in the evening by an unknown drug addict.
According to Ugandan Catholics Online, Rev Fr Joshephat had gone to supervise works on his land and the said killer is said to have been illegally staying on the mentioned land.
On arrival Fr Joshephat approached the suspect and was stabbed in the back and died instantly. The Catholic priest had not visited the house and land that belonged to his family for several years. The alleged killer had taken advantage of the lack of control and had lived there for some time. According to the locals, the suspect is a renown drug addict and is believed to have been using the drugs minutes before Fr Joshephat got to the house.
Fr. Joshephat had been serving Lwamata Parish Kiyinda-Mityana Diocese,. Mityana District and the land is in Lukunyu Village Mamba in Busujju County Gomba District. The police took his body for postmortem as the search and investigation into the matter continues.
May his soul rest in peace.
Edited from Ugandan Catholics online and Fides.org - Image Facebook