#BreakingNews Catholic Priest who Ran an Orphanage and Cared for the Homeless Killed in Haiti - RIP Fr. André Sylvestre 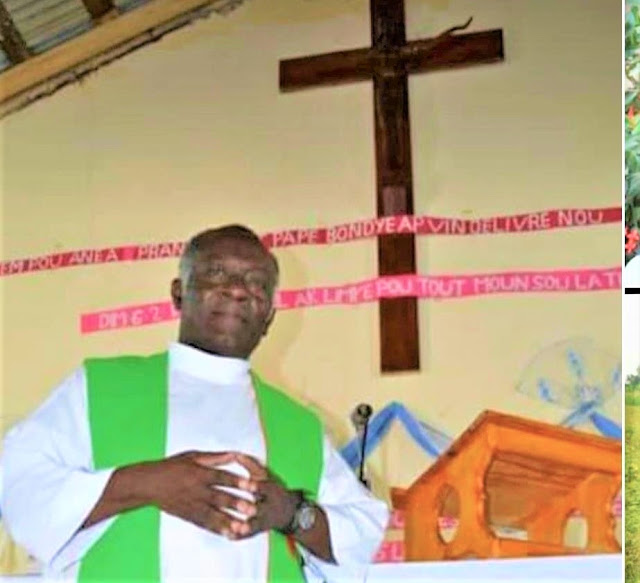 AMERICA/HAITI - Criminal gangs kill a priest in Cap Haitien Wednesday, 8 September 2021
To Donate to Fr. Sylvestre's Orphanage: https://www.gofundme.com/f/29gkemc
Agenzia Fides reports that on Monday, September 6, in Cap Haitien, in the north of the country, Father André Sylvestre, a 70-year-old priest, was attacked while leaving a bank. Wounded by a group of criminals, he died in the operating room. Father Sylvestre was highly regarded in his parish of Our Lady of Mercy in Robillard, he also ran an orphanage and cared for the homeless.

The tragic event was confirmed by the diocese, as Fides learns from local sources. On September 6, the gangs blocked several streets in the Haitian city. This resurgence of violence, which unfortunately never stopped in Haiti, according to the local press, is due to the murder of Manino alias Gwo Woch, number 2 of the Krache Dife gang, by the police. Thus, in recent days the demonstrations of force by the gangs have relentlessly resumed. According to the police, this gang has already killed 5 police officers and Gwo Woch is believed to be the perpetrator of murders, rapes, robberies and fires. Members of the Krache Dife gang also announced their intention to kill Leon Charles, the acting director general of the Haitian police, and all the officers involved in the operation that led to the death of Gwo Woch. On the same September 6, after an emergency meeting between Prime Minister Ariel Henry and the High Council of the Haitian National Police, Léon Charles promised to capture these bandits who have been causing terror in Haiti for more than a year, without being afraid of the authorities. Priests have long been considered untouchable for their work in favor of the poor, but in recent months, violence has also affected members of the Churches. Cap Haitien, Haiti's second largest city, was considered the safest in the country so far. (CE) ( Source:Agenzia Fides, 8/9/2021)