Closing of Catholic Bishops of Germany Fall Plenary Assembly, which Focused on the Ongoing Synodal Path 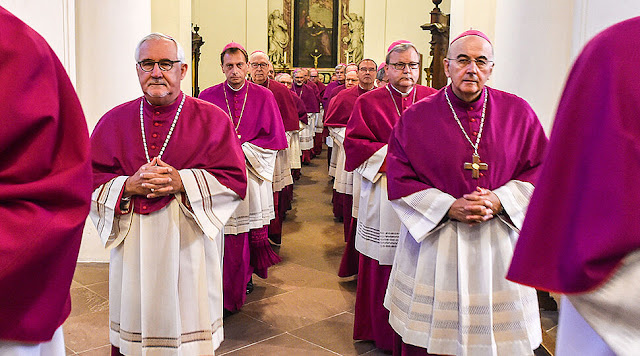 The Catholic Bishops of Germany held their Fall Plenary Assembly, which focused on the ongoing Synodal Path and reform in the Church. The  Assembly ended on September 23rd in Fulda. The meeting focused on the clerical sexual abuse crisis, the ongoing German Synodal Path (Synodaler Weg), and a discussion of reform in the Church, including the place of women. The synodal process was launched in late 2019 to discuss a range of contemporary theological and organizational questions, as well as possible reactions to the abuse crisis which has rocked the German Catholic Church over the past years.
These bishops will also discuss the Synodal process starting in October this year, which will lead to the 2023 General Synod of Bishops on synodality in Rome.
In the opening Mass on Monday, Bishop Georg Bätzing of Limburg, President of the German Catholic Bishops Conference (DBK), emphasized the urgent need for repentance. He noted that the Church too has its part of responsibility in the growing distance between the Gospel and contemporary culture and "the ever deeper gap that makes its understanding difficult" in modern society. (Vatican News Excerpt)

The autumn general assembly of the German Bishops' Conference comes to an end today (September 23, 2021). Due to the corona, the bishops meet again in the Fulda City Palace.

The main topics of the deliberations were the progress of the Synodal Path with a view to the second Synodal Assembly in Frankfurt am Main from September 30 to October 2, 2021 as well as the preparations for the Synod of Bishops in Rome, which will begin in a worldwide process on October 9, 2021. Once again, current questions and issues from the study “Sexual abuse of minors by Catholic priests, deacons and male religious in the area of ​​the German Bishops' Conference” (MHG study) were discussed in the subject area “Clarification and processing”. Another focus was the election of the members, the chairmen and deputy chairmen as well as the advisors of the 14 commissions of the German Bishops' Conference as well as the sub-commissions. In addition, the General Assembly dealt with a revision of the guidelines for youth pastoral care.

We document the press report for the autumn general assembly of the German Bishops' Conference, which the chairman, Bishop Dr. Georg Bätzing, presented at the final press conference on September 23, 2021, as well as Annexes 1 (impulse from Bishop Dr. Peter Kohlgraf during the semester “Synodality and Synodal Path - Aspects and Perspectives”) and 2 (members and chairmen of the episcopal sub-commissions) to the press report .