Saint October 14 : St. Callistus I - a Pope who Taught that Repentant Serious Sinners Could Return to Communion and the Patron of Cemetery Workers 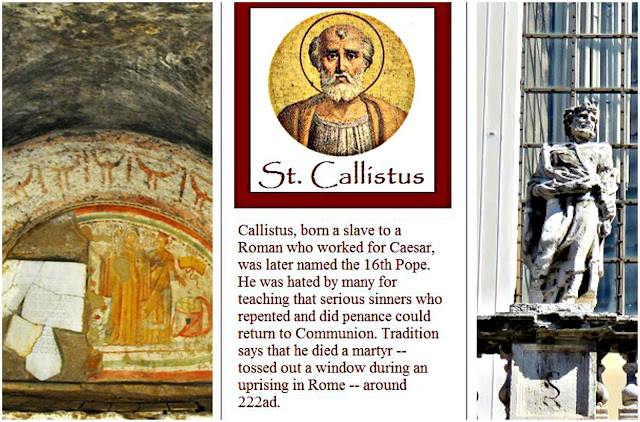