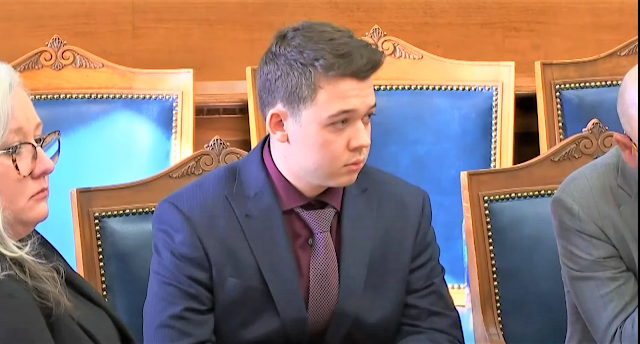 On November 19th, 2021, Kyle Rittenhouse was found not guilty on all charges. (See more about the trial below the statement) The Archdiocese of Milwaukee issued the following statement calling for peace:

“During times like these with severe division among people and the potential for social unrest, it is important for us to remember Jesus’ commandment to Love One Another.

As Americans, we rely upon the rule of law and our justice system, which ensures the rights of all our citizens.We need to remember that every individual is made in the image and likeness of God, and therefore we need to follow the two great commandments -- love God, and love your neighbor as yourself. By doing this, we recognize the human dignity in every person and treat each other with respect and love.”

Summary of the Events Leading to the Rittenhouse Trial

On August 25, 2020, amid the unrest in Kenosha, Wisconsin, after the police shooting of Jacob Blake, Kyle Rittenhouse, a 17-year-old from Antioch, Illinois, shot and killed two men and wounded another during confrontations at two locations in Kenosha. He was armed with an AR-15 style rifle, while one individual wounded by Rittenhouse was armed with a Glock handgun. Rittenhouse was in Kenosha to protect a car dealership from being vandalized and to provide medical aid.

At the first location, Rittenhouse was pursued by a group that included Kenosha resident Joseph Rosenbaum. Racine resident Joshua Ziminski fired a shot into the air, after which Rittenhouse turned towards Rosenbaum. According to a witness, an unarmed Rosenbaum then lunged at Rittenhouse and tried to take his gun. Rittenhouse fired four times at Rosenbaum, causing him to die shortly afterwards. Rittenhouse then fled the scene to a second location while being followed by a crowd of around a dozen people. He tripped and fell to the ground after being hit in the head, then fired twice at a 39-year-old man who jump kicked him, his shots missing. While Rittenhouse was still on the ground, Silver Lake resident Anthony M. Huber struck Rittenhouse in the shoulder with a skateboard and attempted to take his rifle. Rittenhouse fired at Huber once, fatally shooting him in the chest. When West Allis resident Gaige Grosskreutz approached Rittenhouse while pointing a handgun at him, Rittenhouse shot Grosskreutz once in the right arm.

Rittenhouse was charged with two counts of homicide, two counts of reckless endangerment, and one count of unlawful possession of a firearm. His trial began in Kenosha on November 1, 2021 and ended on November 19 when the jury found him not guilty on all charges. During the trial, judge Bruce Schroeder had dismissed the unlawful possession charge. (Edited from: https://en.wikipedia.org/wiki/Kenosha_unrest_shooting )

On August 23, 2020, Jacob Blake, an African-American man, was shot seven times from behind by a Kenosha police officer after being tasered. Blake was shot after he opened the door to an SUV, and was leaning into the vehicle. As a result of the shooting, he became paralyzed from the waist down. The police shooting was followed by protests as part of the Black Lives Matter movement, which saw a resurgence in the wake of several other high-profile killings by police officers in 2020. The Kenosha protests included rallies, marches, property damage, arson, and clashes with police.

At the time of the Kenosha unrest, Rittenhouse, then 17 years old, had participated in local police cadet programs, and had expressed support on social media for the Blue Lives Matter movement and law enforcement. At the time, Rittenhouse lived in Antioch, Illinois, about 20 miles from Kenosha by road. Rittenhouse and his friend Dominick David Black "armed themselves with rifles" and went to Kenosha to help defend a car dealership business. The auto business had been badly damaged during the first two nights of unrest and had suffered $1.5 million in arson damage the previous night. (Edited from: https://en.wikipedia.org/wiki/Kenosha_unrest_shooting )