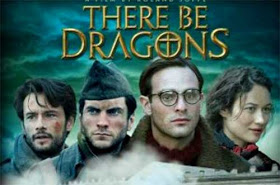 Drama Arising out of the horror of the Spanish Civil War, a candidate for canonization is investigated by a journalist who discovers his own estranged father had a deep, dark and devastating connection to the saint's life. The film is "based on true events"; while the outlines of the portion of Josemaría Escrivá's life presented in the movie are broadly accurate, most of the scenes in which Escrivá appears are fictional .
Rated PG-13 for "violence and combat sequences, some language and thematic elements."
Director/Writer:  Roland Joffé
Stars: Charlie Cox, Wes Bentley, Dougray Scott