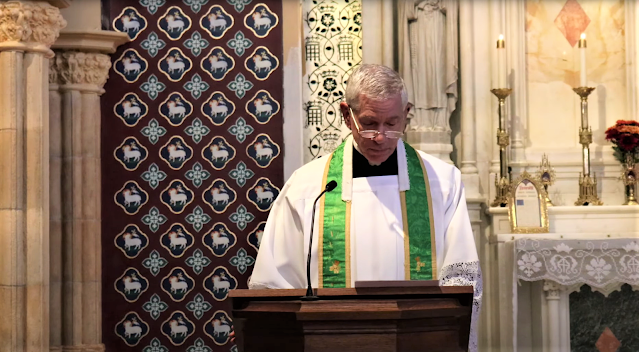 An armed man, named William Nesbitt, age 28,  was arrested and accused of threatening a group of people, including a priest, outside the church where the priest facing child pornography charges served as pastor.

Nesbitt threatened a group of 10 people at St. Mary's Church Roman Catholic Church, because they were still attending the church after the priest's arrest said the to Police Commander Thomas Verdi.

Nesbitt is accused of showing a gun during the incident which happened around 8 p.m. as the people were leaving from Holy Mass. According to the police report the man yelled,  "...to get out of here, and that they support child molesters..."

In his statement, Bishop Tobin applauded the state police and other law enforcement agencies in making the arrest. "We look forward to working with law enforcement and the Attorney General to ensure the safety of children," Tobin said.

“The use of child pornography is a serious crime and a grave sin," the bishop said. "The charges against Father Jackson are very disturbing to all and must be taken very seriously. At the same time, I renew my pastoral concern and offer my fervent prayers for the good people of St. Mary Parish during this difficult time.”

The Priestly Fraternity of St. Peter or FSSP released the following statement:

We, the FSSP, are shocked and saddened by news of Father Jackson’s arrest and the serious allegations against him.

Before starting his current assignment at the beginning of August, Father underwent a criminal background check and had a sterling record of priestly service.  We had no reason to believe Father was engaging in any inappropriate behavior, let alone criminal conduct. Like all those accused of crimes, Father has a natural human right under both civil and canon law to the presumption of innocence and we will fully cooperate with the law enforcement authorities as they investigate this matter.

We are praying for all involved. Our hearts go out to all those who have been hurt by sexual misconduct of any kind.