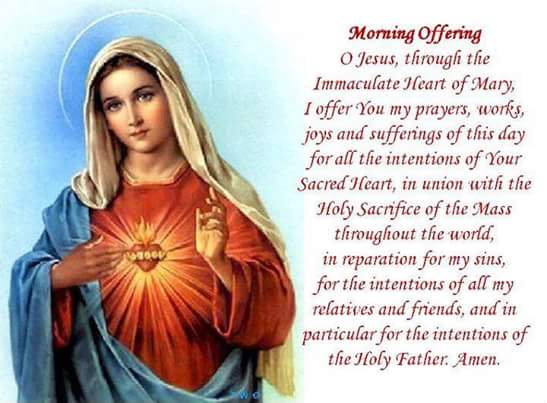 Tuesday of the Thirty-third Week in Ordinary Time
Lectionary: 498
Reading I
2 Mc 6:18-31
Eleazar, one of the foremost scribes,
a man of advanced age and noble appearance,
was being forced to open his mouth to eat pork.

But preferring a glorious death to a life of defilement,
he spat out the meat,
and went forward of his own accord to the instrument of torture,
as people ought to do who have the courage to reject the food
which it is unlawful to taste even for love of life.
Those in charge of that unlawful ritual meal took the man aside privately,
because of their long acquaintance with him,
and urged him to bring meat of his own providing,
such as he could legitimately eat,
and to pretend to be eating some of the meat of the sacrifice
prescribed by the king;
in this way he would escape the death penalty,
and be treated kindly because of their old friendship with him.
But Eleazar made up his mind in a noble manner,
worthy of his years, the dignity of his advanced age,
the merited distinction of his gray hair,
and of the admirable life he had lived from childhood;
and so he declared that above all
he would be loyal to the holy laws given by God.
He told them to send him at once
to the abode of the dead, explaining:
“At our age it would be unbecoming to make such a pretense;
many young people would think the ninety-year-old Eleazar
had gone over to an alien religion.
Should I thus pretend for the sake of a brief moment of life,
they would be led astray by me,
while I would bring shame and dishonor on my old age.
Even if, for the time being, I avoid the punishment of men,
I shall never, whether alive or dead,
escape the hands of the Almighty.
Therefore, by manfully giving up my life now,
I will prove myself worthy of my old age,
and I will leave to the young a noble example
of how to die willingly and generously
for the revered and holy laws.”
Eleazar spoke thus,
and went immediately to the instrument of torture.
Those who shortly before had been kindly disposed,
now became hostile toward him because what he had said
seemed to them utter madness.
When he was about to die under the blows,
he groaned and said:
“The Lord in his holy knowledge knows full well that,
although I could have escaped death,
I am not only enduring terrible pain in my body from this scourging,
but also suffering it with joy in my soul
because of my devotion to him.”
This is how he died,
leaving in his death a model of courage
and an unforgettable example of virtue
not only for the young but for the whole nation.
Responsorial Psalm
3:2-3, 4-5, 6-7
R.    (6b) The Lord upholds me.
O LORD, how many are my adversaries!
Many rise up against me!
Many are saying of me,
“There is no salvation for him in God.”
R.    The Lord upholds me.
But you, O LORD, are my shield;
my glory, you lift up my head!
When I call out to the LORD,
he answers me from his holy mountain.
R.    The Lord upholds me.
When I lie down in sleep,
I wake again, for the LORD sustains me.
I fear not the myriads of people
arrayed against me on every side.
R.    The Lord upholds me.
Alleluia
1 Jn 4:10b
R. Alleluia, alleluia.
God loved us, and sent his Son
as expiation for our sins.
R. Alleluia, alleluia.
Gospel
Lk 19:1-10
At that time Jesus came to Jericho and intended to pass through the town.
Now a man there named Zacchaeus,
who was a chief tax collector and also a wealthy man,
was seeking to see who Jesus was;
but he could not see him because of the crowd,
for he was short in stature.
So he ran ahead and climbed a sycamore tree in order to see Jesus,
who was about to pass that way.
When he reached the place, Jesus looked up and said,
“Zacchaeus, come down quickly,
for today I must stay at your house.”
And he came down quickly and received him with joy.
When they saw this, they began to grumble, saying,
“He has gone to stay at the house of a sinner.”
But Zacchaeus stood there and said to the Lord,
“Behold, half of my possessions, Lord, I shall give to the poor,
and if I have extorted anything from anyone
I shall repay it four times over.”
And Jesus said to him,
“Today salvation has come to this house
because this man too is a descendant of Abraham.
For the Son of Man has come to seek
and to save what was lost.”
Prayer to Make a Spiritual Communion-
People who cannot communicate now make spiritual communion.
At your feet, O my Jesus I bow down and offer you the repentance of my contrite heart, which abysses itself into its nothingness and Your holy presence. I adore you in the Sacrament of Your love, the ineffable Eucharist. I wish to receive you in the poor home that my heart offers you. In anticipation of the happiness of sacramental communion, I want to possess you in spirit. Come to me, oh my Jesus, that I may come to you. May Your love inflame my whole being, for life and death. I believe in you, I hope in you, I love you. So be it. Amen