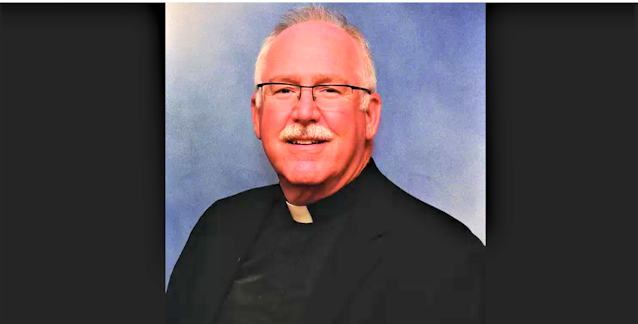 PITTSBURGH Diocese Release - Pope Francis has named the  Rev. Mark Eckman as auxiliary bishop of Pittsburgh. Bishop-elect Eckman has been a priest in the Diocese of Pittsburgh for more than 36 years and serves as pastor of Resurrection Parish (Bethel Park/Upper Saint Clair).   The appointment was made public in Washington, D.C. on Friday, November 5, 2021 by Archbishop Christophe Pierre, apostolic nuncio to the United States. Father Eckman’s ordination as bishop is scheduled for Tuesday, January 11 at 2:30PM at Saint Paul Cathedral, Oakland. “The Holy Father’s appointment is a gift to our diocese and brings great joy to me. Bishop-elect Eckman is a born and raised Pittsburgher who has a deep devotion to Jesus and the people of this region,” Bishop David Zubik said.  “He has shown himself to be a caring, compassionate, responsible, skilled pastor of the Church.  Please join me and his brother priests in prayer asking Jesus to fill his heart as he humbly takes on this new role.”

“I am honored that the Holy Father has placed such trust and confidence in me and I will serve wherever needed,” Bishop-elect Eckman said. “I have chosen as my episcopal motto: ‘To serve in faith and charity.’  I hope to faithfully live out this motto as I continue to minister in the Diocese of Pittsburgh.”

Bishop-elect Eckman remains as pastor of Resurrection Parish.“I only ever wanted to be a parish priest,” Bishop-elect Eckman said.  “I am also grateful to all the Faithful in the assignments that I have had the privilege to serve. Please be assured of my continued prayers for you, that as we build God’s Kingdom here on earth, we may one day share eternal life with Him in His Kingdom of Heaven.”

FULL TEXT USCCB Release - WASHINGTON - Pope Francis has appointed the Rev. Mark A. Eckman as auxiliary bishop of Pittsburgh. Bishop-elect Eckman is a priest of the Diocese of Pittsburgh and currently serves as pastor of Resurrection parish in Pittsburgh, Pennsylvania. The appointment was publicized in Washington, D.C. on November 5, 2021, by Archbishop Christophe Pierre, apostolic nuncio to the United States.

Father Eckman was born February 9, 1959, in Pittsburgh. He earned a Bachelor of Arts degree at Duquesne University in Pittsburgh (1981) and a Master of Divinity from Saint Vincent Seminary in Latrobe (1984). He was ordained to the priesthood on May 11, 1985.

His priestly ministry has also included service at the diocesan level: the Computer Committee (1990-present), and assessor for the Tribunal (1992-present). From 2013-2020, he served as episcopal vicar for Clergy Personnel, and as a member of the Priests’ Benefit Plan Board, the Priest Personnel Board, the Seminary Admissions Board, the Permanent Diaconate Formation Board, the Priest Council, the Priesthood Candidate Admissions Board, and the diocesan College of Consultors. Bishop-elect Eckman also served on the National Advisory Board for the United States Conference of Catholic Bishops from 2010 to 2014.

The Diocese of Pittsburgh is comprised of 3,754 square miles in the Commonwealth of Pennsylvania and has a total population of 1,893,567 of which 625,490 are Catholic.