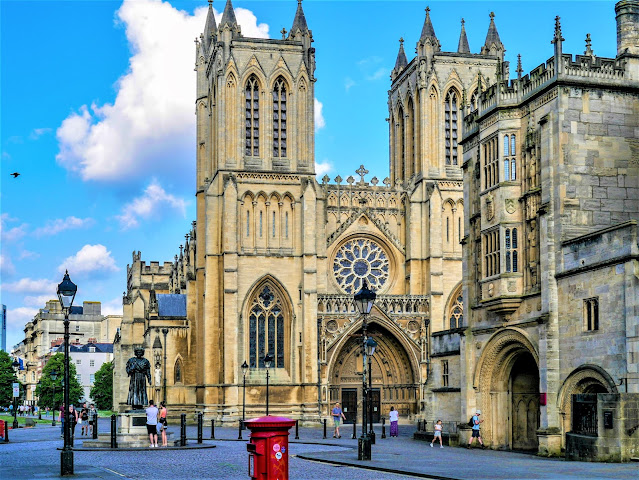 A New Report from Countryside Alliance Reveals Over 4,000 crimes committed at churches in past year. This new data was obtained by the Countryside Alliance showing over 4,000 crimes have been committed at churches and religious premises over the last year.
Figures from 38 of the country's 45 territorial police forces reveal there were 4,052 incidents of theft, vandalism, assault or burglary across the UK in the 12 months to July this year, despite eight months of lockdown restrictions.
The figures were obtained by the Countryside Alliance as part of its ongoing call to focus attention on rural churches and increase funding for security at places of worship.
The latest 2020/21 figures reveal that some 115 lead thefts were recorded along with 1336 thefts, 1688 incidents of vandalism and criminal damage - including arson- and 824 incidents of violence, including sexual assault and assault on an officer. 207 incidents were specifically marked as burglary, as well as other crimes including stalking, malicious communications, hate crime and drug possession.
The worst-hit areas are largely in the south-east of England with Sussex Police recording 367 crimes, Kent 209 cases and the Metropolitan Police 575.
In Sussex, police recorded six sexual assaults including a rape in a churchyard while there was another alleged rape of an underage girl and three sex offences in cemeteries.
Other offences include thieves stealing lead from the roof of St Saviour's Church in Eastbourne last year and vandalising its war memorial.
The organisation’s annual report into crimes on churches and religious buildings has revealed a total of 30,169 incidents in four years, with data obtained under Freedom of Information laws going back to 2017.
Combined totals in each of the four categories reveal 11,569 thefts of which 1,446 involved lead and metal, 8,016 incidents of criminal damage and 2,594 incidents of violence since 2017.
In a statement, a spokesman for the Church of England said:  "The Church of England has nearly 16,000 buildings and is a presence in every community, it provides a space that is available to all that includes churchyards."
"Crime on church premises is not always crime directed against the church. We encourage churches to engage with the police and others over crime on their premises."
Assistant Chief Constable Rachel Nolan, National Police Chiefs' Council lead for heritage crime, said: "Metal theft is still a problem that blights all aspects of society and the targeting of churches for metal is one area in which we work closely with heritage organisations across the UK to help protect potential victims of crime."
39 forces of 45 responded to the FOI request. Those who did not provide data included: Police Scotland, West Mercia, Wiltshire, Durham, Hampshire, Avon and Somerset and Thames Valley. The City of London Police returned 0 results for each category.
Edited from http://www.countryside-alliance.org/news/2021/11/over-4-000-crimes-committed-at-churches-in-past-ye