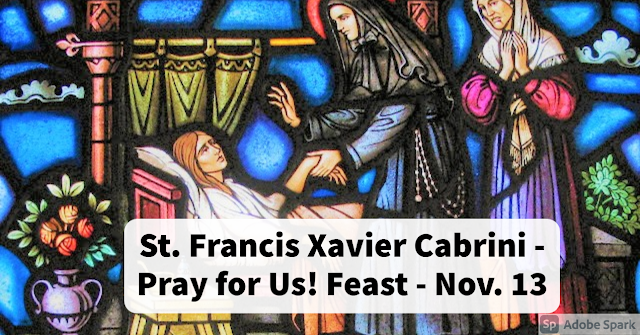 St. Francis Xavier Cabri
VIRGIN, FOUNDRESS
Born:
July 15, 1850, Sant'Angelo Lodigiano, Italy
Died:
December 22, 1917, Chicago
Canonized:
July 7, 1946 by Pope Pius XII
Major Shrine:
Chapel of Mother Cabrini High School, New York City
Patron of:
immigrants, hospital administrators
“We must pray without tiring, for the salvation of mankind does not depend on material success; nor on sciences that cloud the intellect. Neither does it depend on arms and human industries, but on Jesus alone.”