Saint November 23 : St. Columban a Monk and Abbot of Ireland and Patron of the Columban Missionaries 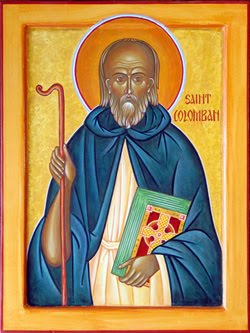