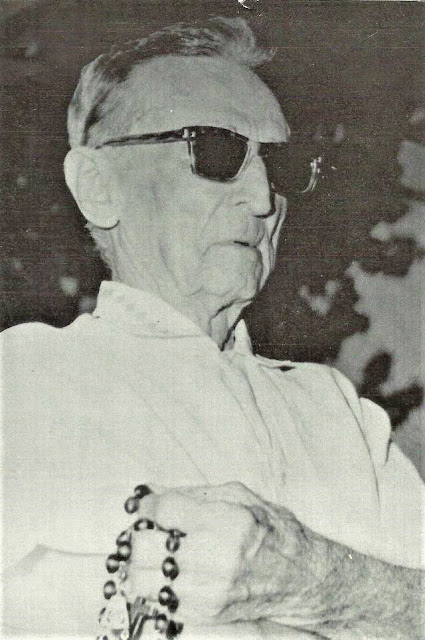 USCCB - U.S. Bishops Affirm Advancement of the Cause of Beatification and Canonization of the Servant of God Auguste Robert Pelafigue

BALTIMORE— At their annual fall Plenary Assembly, the bishops of the United States held a canonical consultation on the cause of beatification and canonization of the Servant of God Auguste Robert Pelafigue, lay man and catechist.

Archbishop Jerome E. Listecki of Milwaukee, chairman of the U.S. Conference of Catholic Bishops’ (USCCB) Committee on Canonical Affairs and Church Governance, and Bishop J. Douglas Deshotel of Lafayette in Louisiana, facilitated the discussion by the bishops. By a voice vote, the bishops affirmed support for the advancement of the cause of beatification and canonization on the diocesan level.

Auguste Robert Pelafigue was born on January 10, 1888. He was an unmarried man of the Catholic lay faithful who, by his profound simplicity of life and apostolic zeal, spread devotion to the Sacred Heart of Jesus and participation in the Apostleship of Prayer to well over a thousand men, women, and children in his community.

As a young boy, Pelafigue traveled by boat with his family from France to the United States, settled in Arnaudville, Louisiana, and later he was given the nickname “Nonco.” In 1909, when he was 21, he left home to attend the Louisiana State Normal School in Natchitoches, Louisiana where he studied to become a teacher. It was during that time he became a member of the Apostleship of Prayer League of the Sacred Heart. He returned to Arnaudville and began to teach in public schools. In 1949, he joined the faculty of Arnaudville’s Little Flower Catholic School, the only man amongst a staff of women, all of whom were members of the religious order of the Marianite Sisters of the Holy Cross.

Throughout the community of Arnaudville, Pelafigue was known for his passionate devotion to the Sacred Heart of Jesus and the Blessed Virgin Mary. He organized the League of the Sacred Heart with some 1,200 members and 100 promoters who helped him distribute monthly leaflets in their communities. Pelafigue himself traveled throughout the community on foot to visit with his neighbors and deliver monthly Sacred Heart leaflets. Many people who recalled seeing him on this errand are said to have offered him a ride, but even in the poorest of weather conditions he always declined, saying that it was his way of doing penance for conversions and for the poor souls in purgatory. Pelafigue is said to have lived a life of radical simplicity, reluctantly accepting only the most rudimentary forms of electricity and plumbing. Nevertheless, he would pay the membership dues of the League of the Sacred Heart of his poorest members, making heroic personal sacrifice the measure of his charity.

In 1953, Pope Pius XII awarded Pelafigue with the Pro Ecclesia et Pontifice medal in recognition for his dedicated and humble service to the Catholic Church. For 24 more years, until he died, Pelafigue continuously spread devotion to the Sacred Heart of Jesus. In total, over the 68-year span of his apostolate, he promoted the intentions of 6 popes, until the day he died on June 6, 1977, which was that year the Solemnity of the Sacred Heart of Jesus.

On June 6, 2012, the 35th anniversary of his death, the Auguste “Nonco” Pelafigue foundation was born with the mission of providing religious, educational, and charitable programs to continue his work, and to explore the possibility of his beatification and canonization by the Roman Catholic Church in recognition of his tireless commitment to it.

On January 11, 2020, at the Immaculata Chapel in the Diocese of Lafayette, Bishop Deshotel officially opened the cause of beatification and canonization of the Servant of God Auguste Robert “Nonco” Pelafigue.