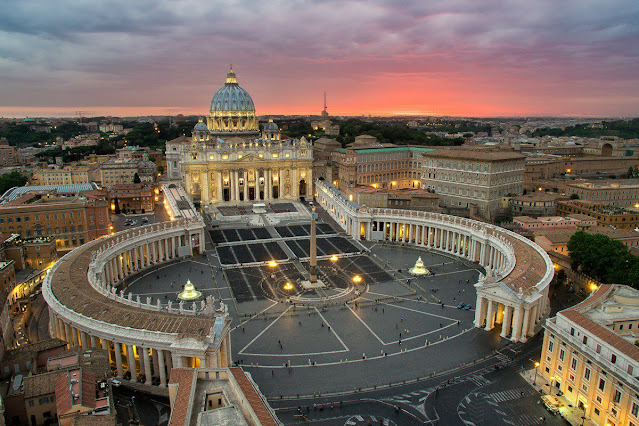 Vatican financial case surrounding Cardinal Giovanni Angelo Becciu, the prosecution submitted controversial evidence on time, according to a media report. The Italian newspaper "Il Messaggero" (Thursday), reported that the 50 or so video and sound recordings are incomplete. In particular, elements were cut out during the questioning of the main witness Alberto Perlasca, and recordings were also missing from the accused, such as the financial managers Gianluigi Torzi and Raffaele Mincione.

In some cases there are also no copies.

In view of the lack of evidence, it had taken two judicial attempts to get the prosecution to hand it over. The defense had declared it impossible to continue the trial without these materials. In fact, the defense lawyers released a joint statement of complaint. However, prosecutor Alessandro Diddi had allowed a first deadline to pass after the start of the trial at the end of July and justified this with the protection of the personal rights of those involved.

Judge Giuseppe Pignatone did not accept this argument in the continuation of the trial in mid-October and again ordered the release of all audio and video recordings. The recordings would eventually be brought up by law enforcement themselves as evidence in support of their charges, Pignaton argued. According to the newspaper, these can now be viewed by the defense lawyers in the gendarmerie, however in shortened form.

In October, at Diddi's request, the judges also returned some criminal prosecution files for revision and re-indictment. In the case of the accused Cardinal Becciu, this concerns two points: the allegation of influencing witnesses and those in connection with an intra-family donation.

The total of ten defendants are said to have been involved in a loss-making investment of 350 hundred million Euros in a luxury property in London. Donations are also likely to be affected. With Becciu - as a result of a legal amendment by Pope Francis - there is also a cardinal in the dock for the first time.

Among the accused are Beccius Secretary Mauro Carlino, the Swiss financial expert and ex-President of the Vatican Financial Supervisory Authority, Rene Brülhart, the financial managers Torzi and Mincione and the security advisor Cecilia Marogna. The allegations range from abuse of office, embezzlement and money laundering to fraud and extortion.

The main witness Perlasca was for many years administrative director of the first department in the State Secretariat. On behalf of Beccius and his successor Archbishop Edgar Pena Parra, he concluded the first contracts with the accused financial managers Mincione and Torzi. He is now back in his home diocese of Como. The trial is scheduled to continue on November 17th.